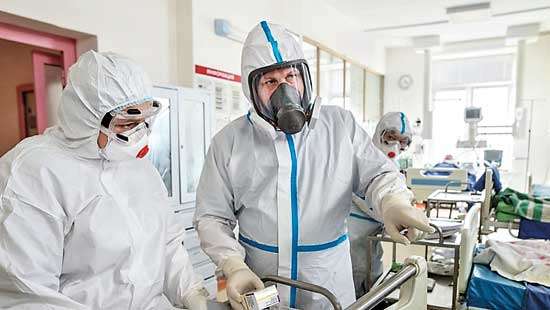 Health Minister Mikhail Murashko told parliament more than 100,000 patients are now hospitalised with confirmed or suspected coronavirus, a significant jump from the figure of 80,000 he gave on Friday.

Nearly 1,500 patients are currently on ventilators, the minister said.

Six patients have died in deadly fires at hospitals in Moscow and Saint Petersburg over the past week.

The blazes have been linked to domestically-produced ventilators and the country’s healthcare regulator on Wednesday suspended the use of the particular model involved.

Murashko acknowledged ongoing “disruptions” in supplies of personal protective equipment for medics, while he said those working in “red zones” with infected patients now have enough.

The Kremlin this week began easing a national lockdown to slow the spread of the virus, despite a steady rise in numbers that on Tuesday brought Russia to second place in a global tally of infections, behind the United States.