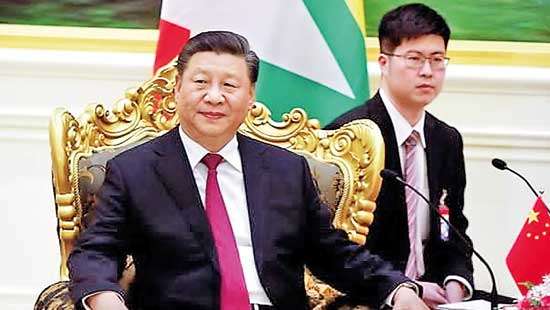 Chinese leader Xi Jinping is seen in January. Multiple intelligence reports have called into question his administration’s transparency during the early stages of the outbreak (DM)

US, (Daily Mail), 13 May 2020 – The CIA believes that China pressured the World Health Organization into delaying public warnings about coronavirus early in the outbreak, according to a new report.

A CIA report says China threatened to stop cooperating with the WHO’s coronavirus investigation if the organization declared the outbreak a global health emergency, according to Newsweek.

The alleged delay came at a crucial time in January, as the virus was spreading around the world undetected and China was stockpiling medical equipment and protective gear made in the U.S. and elsewhere.

The contents of the the CIA document, called ‘U.N.-China: WHO Mindful But Not Beholden to China,’ were confirmed to Newsweek by two U.S. intelligence officials.

It is the second Western intelligence report to indicate that China strong-armed the WHO into downplaying the risks of the epidemic, after a German intelligence document reported by Der Spiegel suggested that Chinese leader Xi Jinping personally pressured WHO Director-General Tedros Adhanom Ghebreyesus.

The German newspaper cited intelligence from the country’s Federal Intelligence Service, known as the ‘Bundesnachrichtendienst’ (BND).