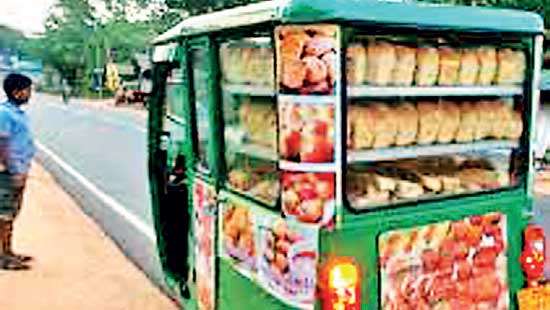 Informal sector appears to be making the most of the direct-to-consumer model,which flourished during the two-month long shelter-in-place conditions as the branded and more established players with their e-commerce platforms and delivery channels failed to fully capitalize on the opportunity afforded by the pandemic, a
survey found.

Hunkered down people in both the urban and semi-urban areas have chosen the known small vendors in their locality over the delivery channels from supermarkets and other delivery services partnered through ride-hailing services such as PickMe and Uber to meet their daily essentials, the survey carried out by Sparkwinn Research, a consumer and market research firm based in
Colombo showed.

According to the survey conducted across five main districts – Colombo, Badulla, Galle, Kurunegala and Matara – using 300 respondents, the surveyors have found there is a special preference to the known vendors due to their perceived reliability and trust as safety and hygiene is a key consideration cited by all respondents as when purchasing food and beverages during the pandemic.

Survey has been conducted via online questionnaires, followed by in-depth interviews conducted via telephone with the respondents.

New coronavirus is a highly contagious respiratory decease transmitted through close contact with the infected person. Health professionals set strict social distancing and personal hygiene guidelines to contain its spread.
According to the question which delivery channels do the respondents consider safer and feel more confident to buy from, 56 percent had said small vendors as most trustworthy.

Quite surprisingly, only 4 percent of the respondents have said they trust the delivery conducted via partners such as PickMe and Uber.

PickMe was the first to partner with Sathosa, State-owned retail giant to deliver goods to the households before they extended their partnerships to a few other retailers during the last few weeks. However, the service was available only in a limited area, predominantly limited to few metropolitan areas and thus only a few benefitted of the service.

On the other hand, the informal sector comprising of vendors of vegetables, fruits, dairy, poultry produce, bakery products and other FMCG, mostly from the locality, suddenly rose up to the occasion to fill the void left by the shuttered groceries and supermarkets and ploughed the roads and by-roads at least twice or thrice a week to bring the goods to the households. Despite limited choice in certain cases, vegetables, dairies and poultry produce vendors were selling mostly fresh produce cheaper than available from the grocery store making a better deal for the consumer.

The survey has also found that despite the delivery channels – regular or sporadic – consumption has dropped in certain categories such as dairy, fresh meat and seafood while dairy and fresh meat have been intentionally dropped by many from their diet during this period.

“On a contradicting note, 63 percent of consumers were satisfied despite the claimed drop in consumption across different food items,” Sparkwinn Research said.