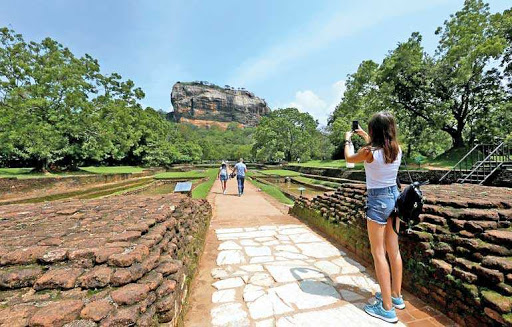 Sri Lanka recorded a 44.1 percent YoY decline in tourist arrivals during the first four months of the year, with no tourist arrivals in April, due to the termination of all passenger flight and ship arrivals into the country from March 18, to slow the spread of the COVID-19 disease.

“The total arrivals recorded from January to April 2019 were 907,757. In comparison to January to April last year (2019), a decline of 44.1 percent has been recorded for the same period in 2020,” the Sri Lanka Tourism Development Authority (SLTDA) stated.

Despite no recorded tourist arrivals in April, the tourist arrivals from Russia were still up by 15.2 percent YoY, during the January-April period, compared to the corresponding period last year.

There are also estimated 11,000 tourists standard in the country, due to the travel restrictions across the globe.
Reversing the recovering trend of tourist arrivals to the country from June last year, the decline in tourist arrivals started to expand from January this year, with the beginning of the COVID-19 outbreak in China in the latter part of January.

The government is considering allowing the tourism industry to operate under strict guidelines, when it resumes operations.

Further, the government also plans to attract high-spending tourists for longer stays to revive the tourism sector, which has been paralysed by the COVID-19 pandemic.

The recovery of Sri Lanka’s tourism industry is expected to take over a year.The tourism industry accounts for around 5 percent of the country’s GDP and provides direct and indirect employment opportunities to over one million people.