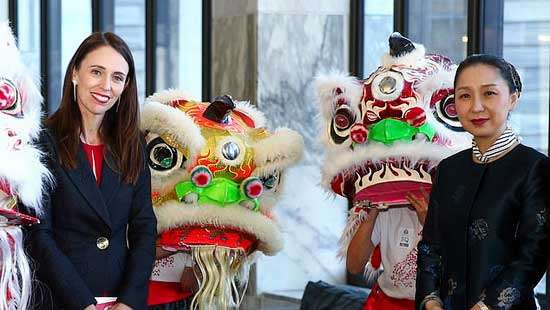 The debate over Taiwan’s place within the World Health Organisation has escalated with New Zealand’s foreign minister Winston Peters taking aim at the Chinese ambassador.

China’s Ambassador in Wellington, Wu Xi, issued a statement to the New Zealand government this week, telling them: ‘There is only one China in the world, and Taiwan is a part of China’.

‘We hope New Zealand will continue to abide by this principle, properly handle issues related to Taiwan and uphold the sound development of China-NZ relations with concrete actions.’

‘My response to the Chinese Ambassador is to listen to her master, Wang Yi, back in Beijing, who has assured me that China doesn’t behave that way or in any way, the way that she might be suggesting,’ he told the New Zealand Herald.

Wu Xi’s comments come after the New Zealand Government revealed it formally supported the call to get Taiwan back in the World Health Organisation (WHO).