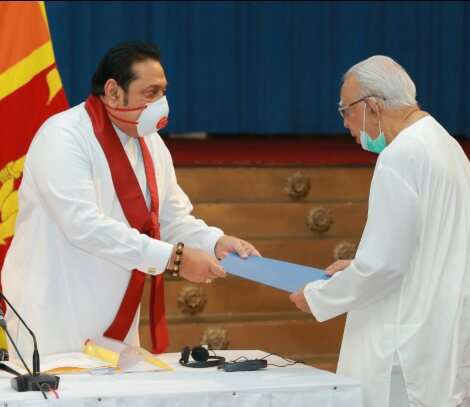 Prime Minister Mahinda Rajapaksa said today that no financial aid has received from foreign countries to be utilised in the COVID-19 campaign. The Prime Minister’s Office said Mr. Rajapaksa expressed these views at the meeting held with former MPs at Temple Trees this morning. He invited Finance Ministry Secretary S. R. Attygalle to explain about the foreign financial aid. Mr. Attygalle said the World Bank has agreed to provide a financial aid of USD 127 million but the country has not yet received the amount. He said the amount is expected to be received in the near future and that these funds would be utilised to cover the expenses of the Health Ministry and the COVID-19 eradication campaign. At the meeting, Tamil National Alliance (TNA) Leader R. Sampanthan handed over a set of proposals to Prime Minister Rajapaksa. Mr. Rajapaksa said the proposals and ideas of the former MPs would be considered when taking measures in the future to restore normalcy in the country. A majority of former MPs have said the number of PCR tests conducted daily should be increased and that they could even donate the salary of one month in this regard. Former MPs of UPFA, TNA, All Ceylon Muslim Congress and several other parties were present at the meeting. The UNP and the JVP which represented the old parliament abstained from attending the meeting. The Health Services Director General, Prime Minister’s Secretary and the members of the COVID-19 Task Force were present at the meeting.