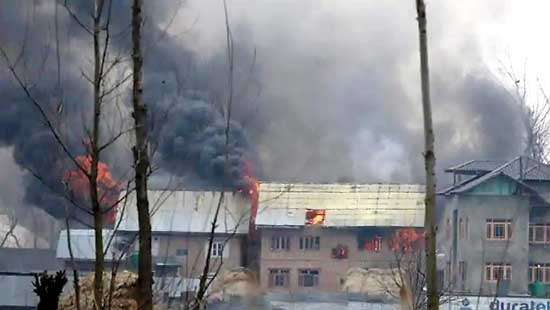 Four army personnel, including two officers, a counterinsurgency policeman and two militants died after a firefight in the village of Changimul near the Line of Control that divides the disputed territory, army spokesman Colonel Rajesh Kalia said .