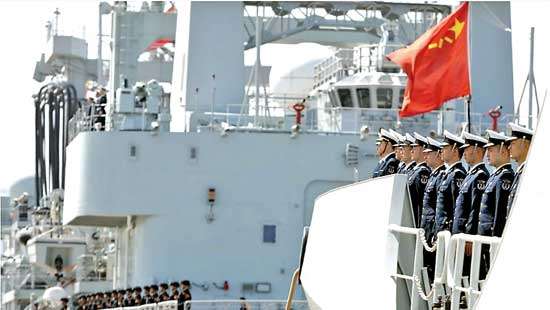 China has made modernising its military and expanding its weaponry a priority. (Courtesy SCMP)

China, (Courtesy SouthChina Morning Post) 3 May 2020 – China’s upcoming defence budget will be only slightly hit by the economic downturn that followed the coronavirus outbreak, and a modest increase is still expected as it continues to develop its military capability, analysts said.

The government’s military budget is expected to be revealed, as is the norm, at this year’s session of the National People’s Congress (NPC), China’s legislative body. Delayed by over two months because of the pandemic, it will finally be convened on May 22.Last year the defence expenditure announced at the NPC session was 1.18 trillion yuan (US$176 billion), up 7.5 per cent from the previous year.  China has said its military expenditure has always been kept below 2 per cent of its GDP over the past 30 years, although its official figures have long been described by Western observers as opaque, with significant omissions of important items.

In a report earlier this week, the Stockholm International Peace Research Institute estimated that China’s actual military spending in 2019 was US$261 billion, the world’s second highest, after the United States’ US$732 billion.