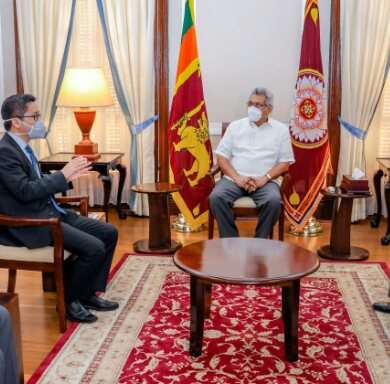 President Gotabaya Rajapaksa said the spread of COVID-19 is under control in general, and that immediate remedial steps have been taken following the sudden spike in recent positive cases, the President’s Media Division said.

President Rajapaksa said this in response to a query by the Acting Ambassador and Chargé d’affaires of the Chinese Embassy in Colombo, Hu Wei, when he called on the President at the Presidential Secretariat yesterday.

The Acting Ambassador inquired on the progress of current COVID-19 prevention activities in Sri Lanka. President Rajapaksa said the spread of the virus is under control in general. While explaining the reasons for the sudden spike in infections during the last few days, he said remedial steps have been taken immediately.