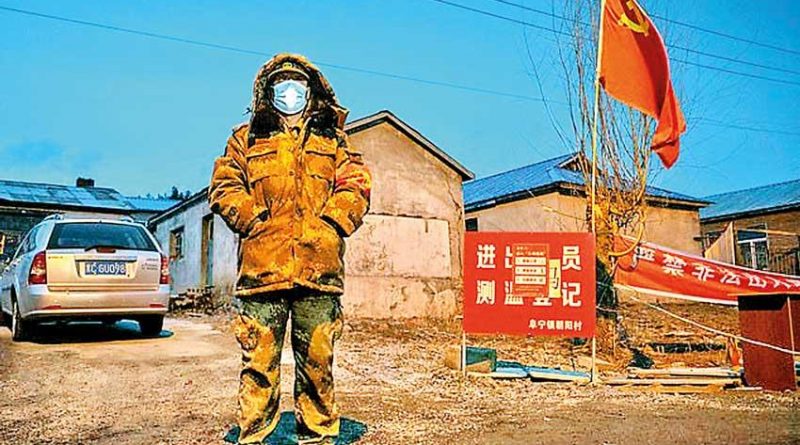 A major Chinese city has adopted draconian quarantine measures against the novel coronavirus after a new outbreak was detected there.

More than 70 people have been infected and over 4,000 are being tested in Harbin after the virus was believed to be ‘imported’ into the city by a student who had returned from New York, according to media reports.

Officials have banned gatherings and ordered communities to closely monitor non-local visitors and vehicles in the city of around 10 million.

Checkpoints have been installed at the airport and train stations, to screen those coming from elsewhere.

The news comes as China today announced that there were only two critically ill patients left in Wuhan, the former centre of the pandemic.  Harbin, the provincial capital of Heilongjiang in north-eastern China, has been grappling with what is now the country’s biggest coronavirus outbreak.

The government yesterday released a directive to instruct further restrictions on its residents, visitors and inbound traffic.