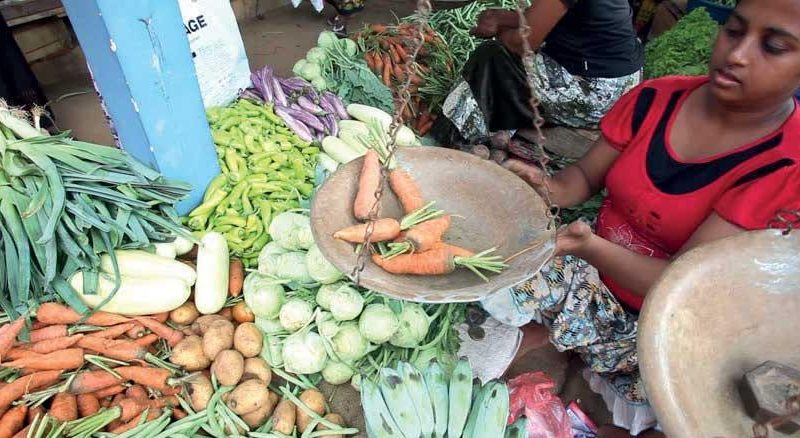 Prices could see a short-term uptrend in April and May amid sputtered supply due to coronavirus-induced lockdowns, but overall prices in the economy for the year could broadly be benign through the year, according to analysts.

As manufacturing and service sectors were forced to shutdown operations since mandatory lockdowns went into effect in mid-March, both sectors contracted leading to supply shortages even in some of the essentials products.
Even when the produce is available, in the case of agricultural produce such as rice, vegetables and fruits, the supply chains broke down due to curfew and were largely replaced with the State machinery although its full efficacy is yet to be seen.

“Inflation is likely to edge up as a supply disruption may force prices to go up,” says ICRA Lanka, part of Moody’s Investors Service, in its economic outlook for April.

March headline inflation was at 5.4 percent year-on-year (YoY) based on the data collected only for the first three weeks as fieldwork became impossible due to lockdowns.

Meanwhile, inflation measured based on the National Consumer Price Index (NCPI), which came in early this week, fell to 7 percent YoY in March from 8.1 percent in February.

The core prices measured barring often-volatile items such as food and energy, edged down to 3.2 percent from 3.4 percent in February.

NCPI is reported with a 20-day lag from the Colombo Consumer Price Index and captures the price changes across all provinces.

As prolonged lockdowns have confined the people into their homes, they are now compelled to order from grocery stores or supermarket chains that have now begun such services, adding a new transport cost to the goods they otherwise purchase from stores.

With transport cost adding to the overall cost of the typical goods basket, ICRA Lanka expects the general price levels to stay elevated throughout the confinement period.

However, they fell short of mentioning to what extent such added transport cost on the grocery basket could be offset or outweighed by the daily transport cost, which is typically incurred on public transport or fuel of the personal vehicles, is now done away with.

In any case ICRA Lanka does not expect the inflation to exceed 7 percent in 2020 even under their worst case scenario of the pandemic’s economic impact, where the virus protracts beyond 2Q20.

Their estimates showed inflation to hover between 4 percent to 7 percent through the year.

Some expect the post COVID-19 era to establish a new norm which would lessen demand pressure on energy and other resources and thereby the prices to remain modest.

Yesterday, the prices of crude oil to be delivered in May at the US West Texas Intermediate ended at negative US$ 37.63 a barrel, for the first time in history, demonstrating dwindling demand for oil as factories were closed and millions of automobiles parked in the garages, due to social distancing enforced around the world.