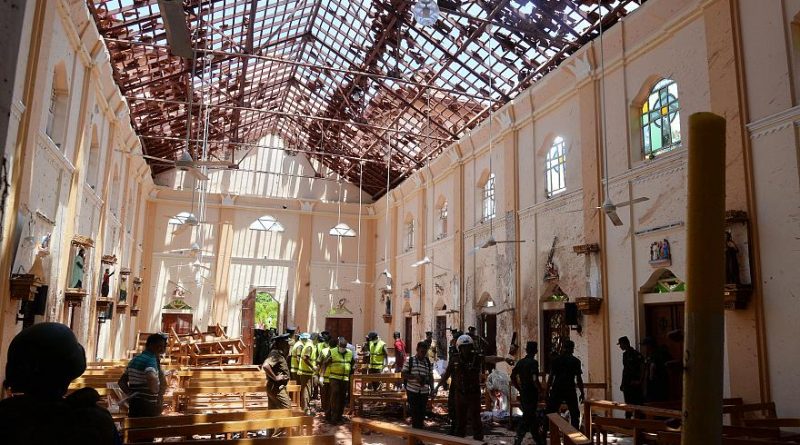 The Easter Sunday attacks and the tremors felt across the economy in its aftermath cost the Sri Lankan economy a mammoth Rs.150 billion in 2019, translating into 1 percent of lost economic output with the services sector left reeling from the shock, said a special report on the economic toll of the attacks.

“Easter attacks had a profound impact on the GDP,” said ICRA Lanka, adding that had the attack not happened, the economy would have grown by 3.3 percent in 2019.

“ICRA Lanka’s estimations show in such a case the country would have grown at a rate of 3.3 percent. The total shock is about 1 percent of the GDP, which is about Rs.150 billion,” the report noted.

This is the first time anyone had estimated the economic cost of the carnage on the real economy and its key sectors although the cost of the lives lost or maimed, and the scar it left on all minds is immeasurable and insurmountable.

ICRA Lanka said the agriculture and industry sectors recouped by the third quarter in that year making a V shaped recovery after the attacks carried out in April by radical Islamists, the services sector was still recovering even by the final quarter of 2019, making it the hardest hit of all.

“The shock caused by Easter attacks cost nearly 3 percent of the projected quarterly GDP of the sector in Q2, 1.4 percent in Q3, and less than 1 percent in Q4.

Unlike, in the agriculture and industry sectors, the impact of the shock lasted for 3 quarters straight making the service sector the hardest hit of all. The total loss to sector GDP is over Rs.108 billion,” the report said.

“Overall productivity of the sector declined due to weakened sentiment and stringent security measures that prevailed following the Easter attacks. Employers in accommodation, food & beverage, and other personal services sectors laid off part of their workforce to minimize their losses,” it added.

The sectors related to tourism, specially accommodation, had the most impact with a 10 percent decline on a quarter-on-quarter basis, the data showed.

Although tourist arrivals plunged 70 percent in the immediate aftermath of the attacks, the broader services sector showed recovery from Q2 and by December 2019 the arrivals were narrowing the gap between the numbers a year ago before being hit by the coronavirus.

ICRA Lanka attributes the recovery of the tourism sector in 2019, albeit very slow, to the relief measures by the government.

The government extended a one-year debt moratorium to the sector and subsidized working capital.

Meanwhile, the rating agency’s estimates put lost agricultural output of the brutal attacks at 1 percent and 0.8 percent of projected GDP in Q2 and Q3, which translated in to Rs.5.0 billion.

Further, the industry sector lost 2 percent or Rs.18 billion from the projected Q2 GDP before recovering fast from Q3.

The faster recovery was possible due to ramping up of activities from the attacks immediate aftermath enabling the catch up with the production, which was held up.

“In the last week of April, due to security concerns and supply disruptions, there was a significant drop in production activities.

In the subsequent months, the manufacturing sector functioned overtime and on weekends to clear the backlogs and to supply new orders, which led to a faster recovery of the industrial sector within the quarter itself.” the rating agency said.

Meanwhile, ICRA Lanka estimated the revenue lost to the government from the taxes on goods and services close to Rs.18 billion.

“An initial estimate indicated, on the short run the direct contribution to the government revenue by affected sectors like finance, tourism, trade and construction, would come down by Rs.50 billion approximately,” the report said.