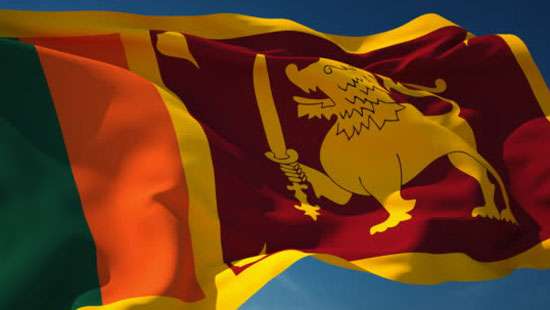 Sri Lanka and its leadership were ranked 9th in the Global Response to Infectious Diseases (GRID) Index which evaluates how efficient and effective the leadership of the country and the preparedness of its health system were in tackling COVID-19 pandemic.

The Institute of Certified Management Accountants (ICMA) of Australia commissioned the research study to evaluate the response and leadership shown in each country to develop the Global Response to Infectious Diseases (GRIDTM) index.

The ICMA said it was of the view that a country’s ranking on the index could be a motivator to a country in terms of being prepared for the next global pandemic or crisis.

Sri Lanka ranked 9th in the index and shared the rank with Hong Kong, UAE, Japan and Taiwan.

The index, in its introduction on Sri Lanka, said Sri Lankan authorities started to take vigilance in stopping the potential danger as the origin of the novel coronavirus in Wuhan was announced.

“The military forces and the national intelligence service were put on high alert. The government created specialized aviation and border control expert teams, to track the movement of all inbound tourists and with a potential threat. Sri Lanka was one of the first countries to send rescue missions to Wuhan to evacuate 33 Sri Lankan families. The families were brought down via an exclusive carrier and quarantined in a unique quarantine military facility. All potential contacts were observed continuously under quarantine. Those in the military facility were given full access to information; and there was no government control of information, hence increasing its reliability.

This explains why although Sri Lanka is placed a lowly 93rd in the CPI ranks; it is ranked 10th on the GRIDTM Index alongside countries such as Hong Kong and Taiwan.

The reason Sri Lanka responded so well is because Sri Lanka has a public health system which is free for all citizens. Going hand in hand, Sri Lanka has had a free education system until graduate school for the last 60 years; thanks to which it has trained thousands of well-qualified healthcare professionals and paramedical workforce for many decades through well-regulated and state of the art medical faculties covering all regions of the country; all free of charge. The doctors and paramedical staff receive post-graduate training and continuous medical education throughout their career. The island nation also has a robust century-old community health program. Health statistics such as maternal and child mortality rates are the lowest in the region. In fact, comparable to the western world. The life expectancy is highest in the region. The nation is 100% vaccination covered, and all treatments under the extended program of immunization are administered free of charge,” it said.

It said great Leadership is different from populism and added Indian Prime Minister like many other leaders around the world is arguably a populist.

“This is evident from some of his popular actions like getting all Indians to clap hands at the same time and on another occasion getting everyone to turn the lights out and light candles ‘diyas’ for 9 minutes at 9pm. Popularity and populism will not win the battle against the Pandemic. The true test of his leadership will be how well he manages the fallout from this pandemic, irrespective of his popularity,” the index said.

It said arguably the worst response was from the US.

The index has connected the GRID Index with the Corruption Perception Index 2019 (CP Index) which has been used as a surrogate for the level of information transparency in each country. Countries high on the list are perceived as being less corrupt and more transparent, and thus the COVID-19 information from them could be assumed to be more reliable.

“Apart from a few outliers, there seems to be a positive co-relationship between the two Indices. To start with, both the Indices have a common leader – New Zealand. Australia ranks 4th in the GRIDTM index which is better than its ranking of 12th on the CP Index,” it said.

The variation between the two indices of Sri Lanka was high at 83.