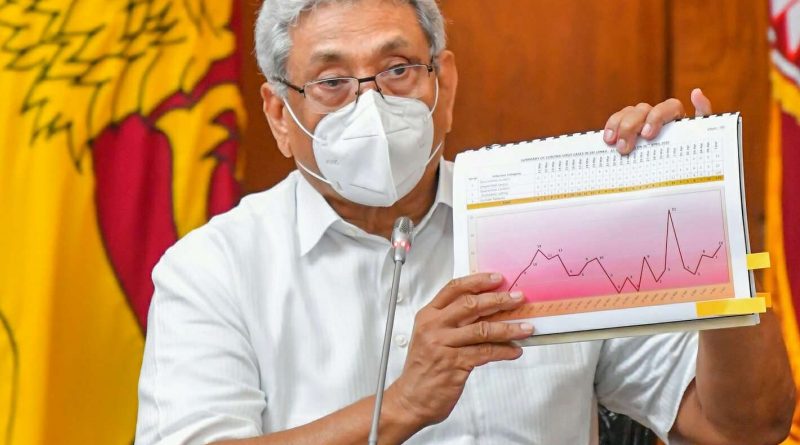 President Gotabaya Rajapaksa and Samagi Jana Balawegaya (SJB) leader Sajith Premadasa today requested the employers to pay attention to their employees who could be stranded in the urban areas without being able to return home due to the current situation in the country. The President and Mr. Premadasa also requested the employers to attend to the needs of their employees who are engaged in various daily wage based industries including construction sector, the President’s Media Division said. It said the President and Prime Minister Mahinda Rajapaksa discussed matters relating to the prevailing situation in the wake of COVID-19 spread with the SJB representatives at the Presidential Secretariat today. President Rajapaksa elaborated on the measures already taken by the Government to prevent the spread of the lethal virus and the future actions in this regard. The responsible manner which the Government acted following the declaration by the World Health Organization about the pandemic was explained by the President. The Government was able to take several swift actions to safeguard the citizens of this country, President said. Every step to ensure uninterrupted day –to-day civilian life was taken. These timely measures were instrumental in controlling the spread. Actions were taken under the guidance of experts in collaboration with the health sector and security forces. Pre-testing with the assistance of medical consultants to identify the infected and those associated with them will continue. This will be helpful for the early detection of the affected, President added. The quarantine process continues at 40 centers. Programmes have been initiated with the assistance of Public Health Officers (PHIs) to mitigate the spread of COVID- 19 in the areas where the infected have been identified. President lauded the service of the PHIs in detection and observations processes. The PMD said the representatives of Samagi Jana Balawegaya expressed their satisfaction over the measures taken by the Government so far. ‘Both parties agreed that this should continue without political or any other differences. Prime Minister Mahinda Rajapaksa stated that if there are any shortcomings in the government programmes, immediate action will be taken to rectify them. A stock of essential medicine required for daily healthcare services including medicine for non-communicable diseases is to arrive in the island from India tomorrow upon the request by the government. The President explained that after taking the current global economic and social crisis into account, plans are already underway to implement an appropriate economic model suitable to Sri Lanka. President Rajapaksa highlighted that the experts have been consulted to uplift the apparel and tourism industries which have suffered a setback and the government will take action under their instructions when the opportunity permits. In addition to Samurdhi beneficiaries, 700,000 senior citizens, disabled persons and Kidney patients have been granted an allowance of Rs. 5,000 without any discrimination. Chief of the Presidential Task Force, Basil Rajapaksa stated that if any individual had not received their allowance yet, he/she is entitled to make an appeal with their respective Grama Niladhari Officer. Government and the Samagi Jana Balawegaya paid their attention to future plans in a number of fields including healthcare,” it said. Ministers Dinesh Gunawardena, Nimal Siripala De Silva, Wimal Weerawansa, Dullas Alahapperuma, Bandula Gunawardana and Johnston Fernando represented the government while Samagi Jana Balawegaya was represented by its leader Sajith Premadasa and General Secretary Ranjith Maddumabandara.