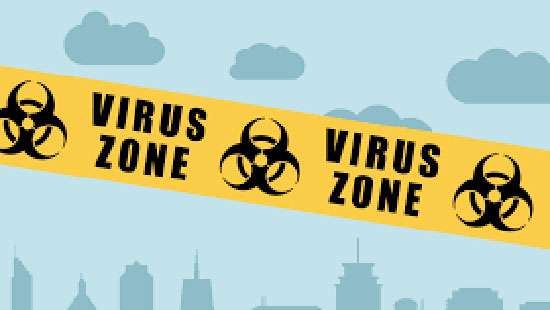 The detection of an individual from Pannila in the Beruwala police area today, who failed to report his infection to health authorities, had compelled relevant officials to isolate at least 100 people from about 20 families in the area, police said.

The dodger Mohammed Haris Mohamed Hafeez (31), a driver attached to the Bandaranaike International Airport (BIA) from Kiripattiyawatta in Pannila, has been reported to the police by residents of the area after he had gone into hiding with the development of cough and fever.

Commenting on this, Kalutara SP Kapila Premadasa said when the Beruwala Police received the information, a team of police officers visited his residence with health officials and brought him to the Nagoda District Hospital where he tested positive for COVID-19.

“The man was referred to the National Institute of Infectious Diseases (NIID) from Nagoda last noon. His family members and neighbours numbering to at least 100 from 20 families have been isolated. Health authorities and the police were on the lookout for others associated with him for the last two weeks,” he said.