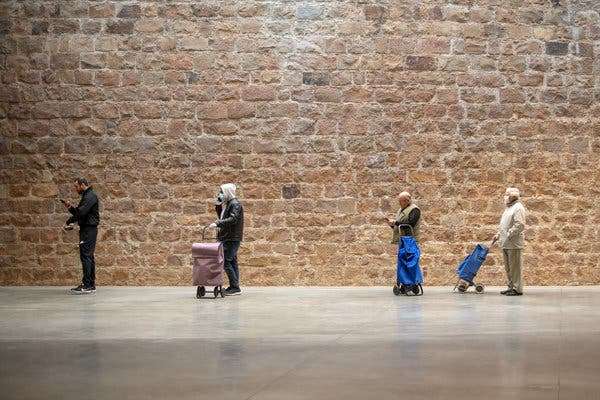 The Government today requested the entire nation to strictly adhere to the guidelines issued with the objective of preventing further spread of COVID-19 virus and safeguarding the well-being of the people.

Issuing a statement, the President’s Media Division said prevention is the main instrument in combating this global health threat.

“Maintaining social distance of at least of 1m when people are at public places such as markets, offices, bus and railway stations has been recognized as the best way to prevent the transmission of the pathogen. Also, health advises given by the experts should be followed,” it said.

The statement further said, “During last few days, the Government took several concrete precautionary measures to curb the spread of the virus. Imposition of island-wide curfew from 6.00pm last Friday (20) to 6.00 am Monday (23) is one of the major decisions. The ongoing curfew has been extended till 6.00am on Tuesday (24) in the districts of Colombo, Gampaha, Puttalam, Mannar, Vavuniya, Mullaitivu, Kilinochchi and Jaffna. Curfew will be lifted in remaining districts at 6.00 am tomorrow (23) and will be re-imposed at 2.00pm on the same day.

A large gathering of people is expected at shops and supermarkets to purchase their daily needs tomorrow where the curfew will be relaxed. Although, the purchase of food and other items is essential, the Government requests the public to follow health tips issued by the relevant authorities. A distance of 1m between each other should always be kept when entering shops and when inside them. The public is being advised to cover their mouths and noses in a proper manner when coughing or sneezing. The prescribed distance should be maintained when plying in public transport.

The same procedure has to be followed at fuel stations and gas stands. The congregation of people could be minimized if only one member from each family go to the market. This will be helpful to maintain the social distance as required. Adequate stocks of food and other essential items are available. Measures have been taken to distribute them throughout the country. Hence, the Government points out that there is no need of panic buying and piling goods. Buying only the most essentials to be used during curfew hours will be helpful to limit the time spent in crowded places.

The Task Force on Prevention of Coronavirus reminds people to stay at their homes and engage in domestic activities during curfew hours. The COVID-19 rapidly spreads across the globe irrespective of racial, political, economic , cultural and economic status differences. At present, around 180 countries have been affected. Countries which were able to early identify the prevention methods and strictly following them are successful in containing the disease. China, the epicenter of the virus is the best example. Despite being a rich country, Italy is still struggling to control the virus due to lack of adherence to the guidelines.

Following the announcement on the virus by the World Health Organization, President Gotabaya Rajapaksa took several effective measures to mitigate the spread in the country.

The Task Force on Prevention of Corona virus was established on January 26 and that made Sri Lanka to become the first country to have such a mechanism. President regularly meets members of the Task Force and heads of other relevant entities and makes necessary decisions. All the passengers coming from overseas are being subjected to a mandatory quarantine.

At present, there over 17 quarantine centers in the country equipped with all the required facilities. In order to prevent the entry of the virus from foreign countries all arrival terminals at airports have been closed. Essential services are intact while these operations continue. Taking the advantage of the prevailing health situation, people with vested political interests and anti-social groups are engaged in disseminating false information through social media. Some of them have already been identified. The Government states that stern legal actions will be taken against them.”