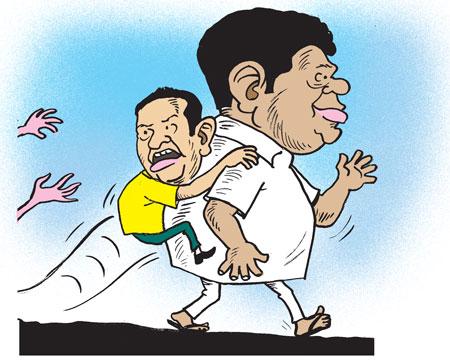 A young Green politico who has made Uva his political base is said to be planning to say adieu to his familiar electorate.

He had initially planned to shift his political base to Gampaha, his home turf, but had changed his mind finding himself one too many for the district from his party.

Now an active member of the Saji-faction, he is said to be nursing the hope to make it to Diyawanna through the national list.

Meanwhile, discreet inquiries made by some inquisitive ones have found that the dynamic young politico who fired the first salvoes from Uva in 2015 to herald the yahapalanaya had decided to say farewell to Uva following a family affair that had gone sour.

When the family problem turned into a stumbling block to his political activity in the district, he had put an end to all his ties to the place and moved back to Colombo.

The young politico is now planning to open a new chapter in life, some sources say.