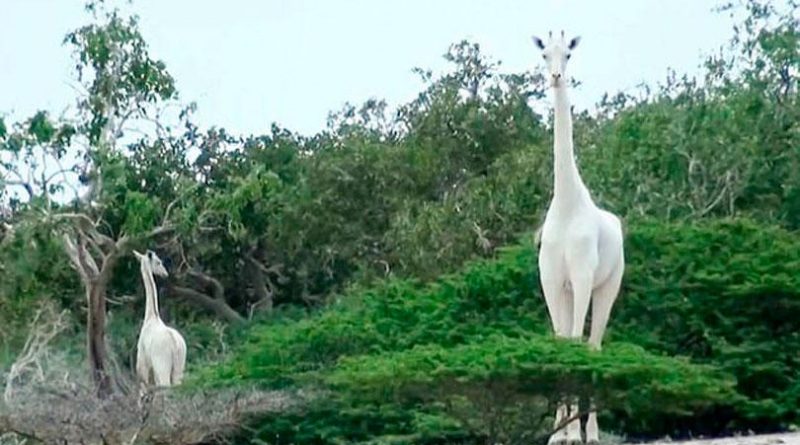 Kenya’s only female white giraffe and her calf have been killed by poachers on Tuesday, in a major blow for the rare animals found nowhere else in the world, conservationists said.

The bodies of the two giraffes were found ‘in a skeletal state after being killed by armed poachers’ in Garissa in eastern Kenya, the Ishaqbini Hirola Community Conservancy said in a statement.