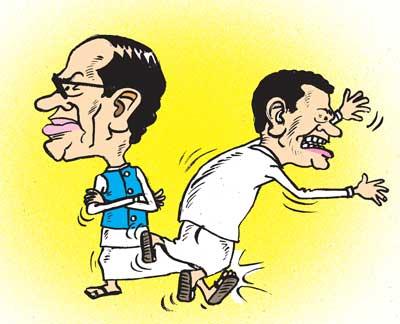 Both are said to be planning to enter the general polls round the corner from the same alliance and are in a battle to muster the highest preference vote.

The pupil is complaining at every election meeting in the district that his Guru is playing every trick in the bag to undermine his campaign in a bid to muster more preference votes at his expense.

The Manapa-pore has already been dubbed as Guttila – Musila contest and ‘Guttila Guru’ has planned to make it to Diyawanna with a record number of preference votes from Pulatisipura to be in a position of strength to bargain for a very high office in the new regime, they say.