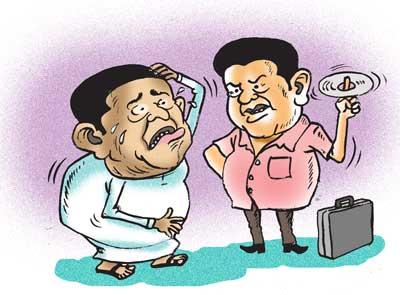 The owner of this enterprise, a former commando, is a successful businessman.

When Yahapalanaya took office following the fall of the former strongman’s regime, this businessman found himself in serious difficulties. He had to languish in the State lodge too for a while.

When the security service firm owner was in hot water, a leading businessman in the country -incidentally member of a high political family and a prominent politico of the regime in power at that time known to be an artful character, had volunteered to help the former to get out of his plight. However, they had demanded a high price for their help: An amount as high as Rs. 100 million.