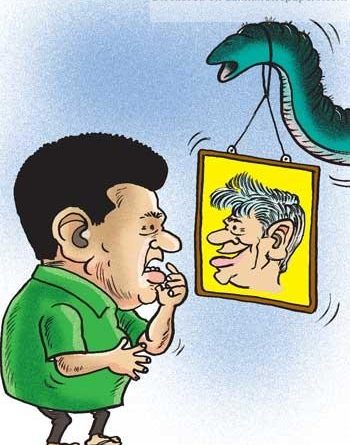 Green stalwarts very close to Punchi Dasa are said to be going around the country saying that the Number Two that the latter is going to appoint will be a new face. And this has triggered a clamour from some prominent Green seniors that the new Number Two should be someone from their area.

This talk about a new face as Number Two has greatly angered those close to the Green leader and they have decided to hold talks with Punchi Dasa with a view to extracting a promise from him that he would not appoint anyone other than the Green leader to the office of Number Two.
These loyalists have told the Green leader: “Sir, sidelining you means sideling us too!”