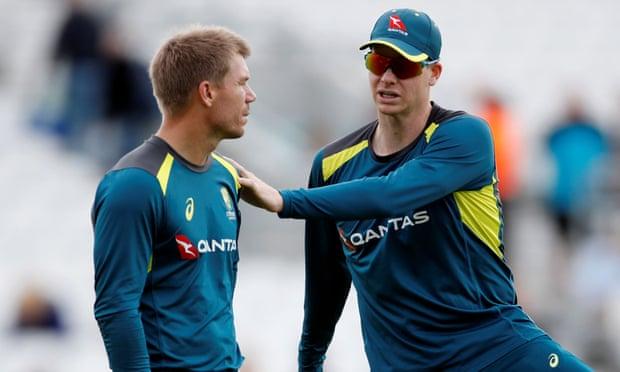 Steve Smith and David Warner will spearhead Australia’s preparations for a maiden T20 World Cup title as selectors seek rare continuity in the 20-over format. D’Arcy Short, Chris Lynn and Marcus Stoinis were the notable omissions from the squad named on Tuesday for games against Sri Lanka and Pakistan starting later this month.

Aaron Finch will captain the side and likely open alongside Warner, with Smith at first drop in his first T20 international since March 2016. Wicketkeeper Alex Carey and Pat Cummins will share the vice-captaincy while Glenn Maxwell, Ben McDermott and Ashton Turner will have middle order roles to play.

Nathan Lyon could not jump past Ashton Agar and Adam Zampa for a spot in the squad while towering quick Billy Stanlake is also back in the fray alongside Mitchell Starc, Andrew Tye and Kane Richardson.

Selector Trevor Hohns has welcomed those who missed the squad to present their case in the upcoming Big Bash League but ultimately hopes this unit can develop ahead of next year’s showpiece event.

“One day internationals and T20 cricket have been pretty spasmodic to be honest; there’s not been a lot played over a period of time but between now and world cup there’s about 20, 21 [T20 internationals] so it gives them a chance to gel,” he said.

“We’ve got plenty of notice; 12 months to go it’s the next big event so we’ve got to focus on it. T20 cricket is not something we have played all that well but we’ve made some headway in that area.”

He said Short was an unlucky omission, while Stoinis’s disappointing World Cup campaign led to his demotion and Lynn would not be considered for selection until he played domestically.

“Sure, he’s been travelling the world playing T20 cricket and if he performs very well in the Big Bash of course we can revisit that,” Hohns said of Lynn.