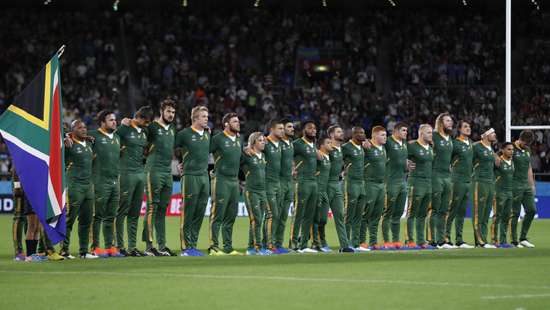 France qualified for the Rugby World Cup quarter-finals today (6) with a nailbiting 23-21 win against Tonga that sets up a winner-takes-all clash with England to top Pool ‘C’. First-half tries by Virimi Vakatawa and man-of-the-match Alivereti Raka were enough to secure the win for Les Bleus against a spirited Tongan side that competed throughout a tense encounter at the Kumamoto Stadium.

Tonga topped the try-scoring count three-two against a French side that again produced a stop-start performance as they did in their first two games against Argentina and USA.

It was three penalties by Romain Ntamack that got France through to a quarter-final likely against either Wales or Australia from Pool ‘D’ — although Fiji still have a mathematical chance of a last-eight spot.

The famous French flair was on display for the first six minutes as they raced to a 10-0 lead, roared on by a loud chorus of “allez Les Bleus” from the crowd.

It was to prove an important buffer as Tonga fought back to trail by only three points at 17-14 early in the second half with the heavier Pacific island pack troubling France at scrum time. When Ntamack penalties extended the French lead to nine points, the tireless Tongans rallied to score a third try.

While England motored through their first three matches, it has not been as easy for an inconsistent France who have been hit hard by injuries and were starting their third half-back pairing in as many matches with Baptiste Serin and Ntamack.

They also made 11 changes from their last outing against USA to take the field with arguably the strongest available line-up.

They produced an explosive start while the crowd were still getting settled when a penalty by Ntamack was followed by a try to New Zealand-born centre Vakatawa following a stolen lineout.

The attack lines and off-loads were France at their best but just as quickly the unforced errors that troubled them against Argentina and USA returned.

Tonga settled and began to make a contest of it using their big men to target inside backs Ntamack and Sofiane Guitoune to disrupt the French flow.

It would be 26 minutes between tries for France with their second touchdown coming from the ever-dangerous Raka who chipped past Cooper Vuna and won the race for the ball.

Again France swayed between class and defensive errors and after a sustained attack by the Tongan forwards, scrum-half Sonatane Takulua dived around a ruck to score and convert his own try on the stroke of half-time.

Tonga turned 17-7 down and scored soon after the resumption. Vuna kicked ahead and when French fullback Maxine Medard hesitated on the bouncing ball, Tongan centre Malietoa Hingano burst through to take possession and score.

Two more penalties by Ntamack increased the lead to nine points for France before Latiume Fosita crashed over for the late Tonga try that got Tonga within two with a minute left to play. However, Tonga were unable to reclaim the restart and France put the ball out after the final gong, much to the relief of the blue supporters in the crowd.-AFP