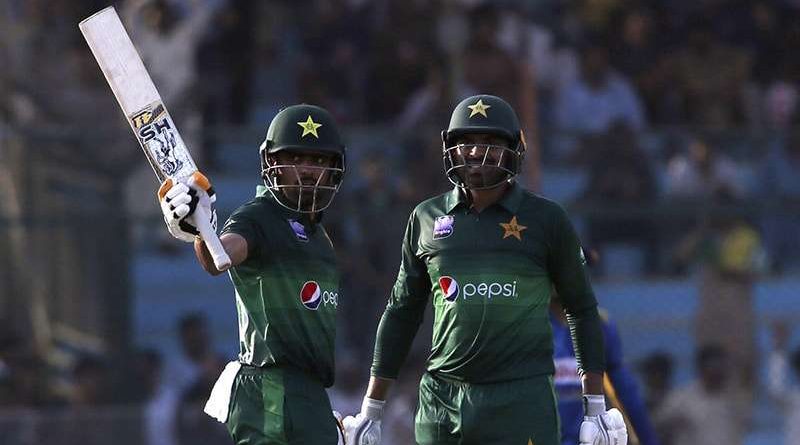 Pakistan beat Sri Lanka by 67 runs in the second day-night international on Monday as Karachi staged its first ODI for 10 years.

Sri Lanka were bundled out for 238 in 46.5 overs with Usman Shinwari taking 5-51, giving Pakistan a 1-0 lead in the three-match series.

The Green Shirts had won the toss and opted to bat first against the visitors.

After starting strong, Pakistan lost their first wicket in the 15th over, when Imam-ul-Haq (31 off 41) was trapped leg before wicket by Wanindu Hasaranga.

Fakhar Zaman (54 from 65) was next to go, getting caught by Isuru Udana off Hasaranga in the 21st over.

Haris Sohail (40 off 48) became the casualty of a run out off Nuwan Pradeep’s bowling in the 40th over.

Skipper Sarfaraz Ahmed was run out after scoring eight runs and Babar Azam, who smashed a 105-ball 115, was caught off Lahiru Kumara in the 46th over.

Imad Wasim was caught out after contributing 12 runs and Wahab Riaz (2) was run out at the non-striker’s end on the last ball of the innings. Pakistan thus finished their batting with 305-7 at the end of the 50 overs.

The long-awaited first ODI between the two sides was called off due to heavy rain in the metropolis on Friday.

The second ODI, which was originally scheduled for Sunday, was rescheduled for Monday and the third match will be played on Wednesday.

Monday’s match was the first ODI played in Karachi after a yawning gap of exactly 3,901 days, equivalent to 10 years, eight months and six days.