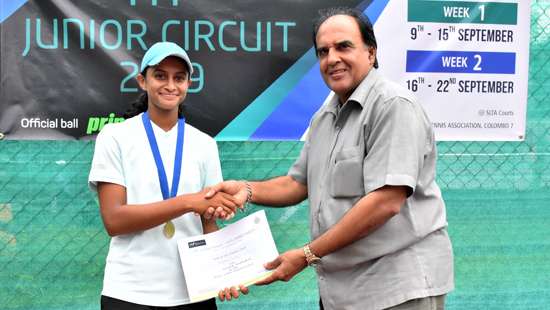 Anjalika who clinched the ITF Junior Circuit Week-1 title recently came out victorious with ease in the final which was revised due to bad weather.

This was also her fourth major title for the current year after her success in the Women’s Singles of the 104th Colombo Championships and the 104th National Tennis Championships.

Meanwhile, Kai Shiang Yang of Chinese Taipei had the better of India’s Uddayvir Singh in the Boys’ final in a match that went to the wire.

The ITF Junior Circuit Week-4 Tournament is scheduled to be played later this week.