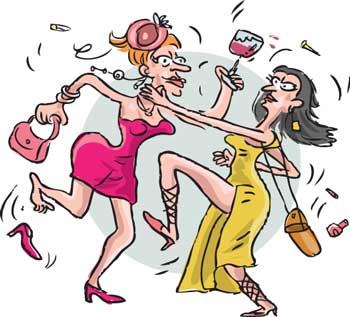 It was a real-life incident which lent ample weight to the truism that hell hath no fury like a woman scorned. In this particular incident, the victim too had been a woman!
It happened at a wedding reception at a high-end hotel in the South.
A sister of a politico, incidentally a state-lodge mate, who has had a drink too many had reportedly battered a beauty queen vying for a world crown! She had even dashed her empty glass on the poor girl’s head.
A move made by the male-half in defense of his girl had led to the belligerent woman’s husband taking him on, leading to an exchange of blows, they say.