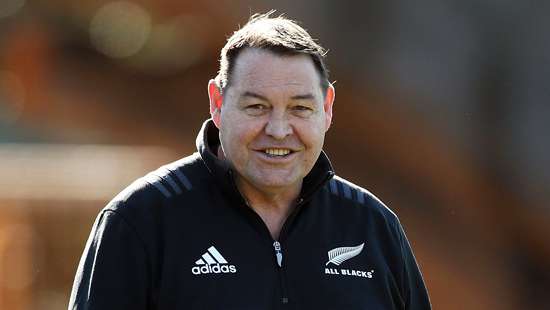 The All Blacks head to Japan on Monday with confidence boosted by the demolition of Tonga 92-7 in their final warmup before the World Cup and mindful they will need to pace themselves despite a blockbusting opening match against South Africa.

The Springboks loom as the biggest threat to the All Blacks from winning a third successive trophy, while England, Ireland and Wales are also genuine contenders.

All Blacks coach Steve Hansen, however, will be well aware of the perils of not heeding what lies ahead of them as it can trip a side up during the tournament, like New Zealand’s unsuccessful campaign in 2007.

After sweeping through pool play with some imperious performances, the All Blacks crashed out in the quarter-finals to France and admitted afterwards that they probably became too focussed on the ultimate prize rather than their next game.

The team took lessons from that campaign and applied them to successful tournaments in 2011 and 2015 and Hansen told reporters in Hamilton on Sunday they were heading to Japan mindful of all they had learned in the intervening years.

“You’ve got to pace yourself,” he said. “You don’t win the tournament in the first round and once you get to the knockout round, you’ve got to earn the right to come back and train on Monday.” The opener against the Springboks in Yokohama is arguably the most important match of the first tranche of games, with it likely to determine the winner of Pool B and the quarter-final place against the Pool A runner-up.

The loser will likely face Ireland, who are projected to win Pool A.

After big victories in 2016 and 2017, the All Blacks have struggled against the Springboks over the last two seasons, with the sides sharing a narrow win each in 2018 and battling to a draw in this year’s Rugby Championship.

Hansen felt comfortable with the fact that his side would need to hit the ground running first up, before they have easier matches against Canada, Namibia and Italy and then raise their game again should they make the quarter-finals.

“If you follow horse racing you’ll understand what I mean,” Hansen said. “Like, you can have a horse at its first start, and it doesn’t have to be in its greatest form, it just needs to be in really good form.

“But when you really want to peak, you’re right at the very best, there’s nothing left, you can’t tinker anymore.

“The 31 people that are going, we’ve got massive belief in each and every one of them.”