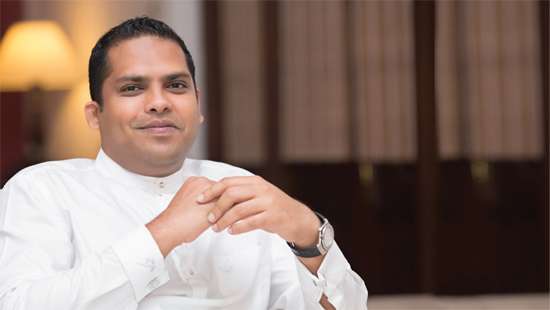 Minister of Sports Harin Fernando last week issued a gazette notification that will bar individuals with direct or indirect links with gambling firms from holding positions within any sports association. While this new regulation applies to all sports associations, the Minister said that it was also to bring Sri Lanka Cricket in line with the International Cricket Council’s (ICC) Code of Ethics that prohibits such individuals from holding office.

Speaking to the Daily Mirror in a brief interview, the Minister denied that the gazette was issued as a result of a disagreement between two high ranking officials of a sporting body, and elaborated on the Forensic Audit carried out by the Auditor General into the dealings of SLC.

Excerpts of the interview, which have been edited for clarity and continuity, follow:

Q: What brought about the issuing of this particular gazette? There have been some suggestions that it was done at the request of a high ranking official of a reputed sports body.

Not really. What happened was we had a couple of meetings with the ICC, who on their Code of Ethics have mentioned this clause (that no one with links with the gambling industry be allowed to hold office), to keep the sport clean and corruption-free. If you take that clause and what we have gazetted, we have not changed a single word and it’s exactly what is in the ICC’s Code of Ethics. And we have gazetted this not only for cricket but all 66 sports that come under the Ministry of Sports. My Secretary has written to all federations and informed them that this gazette notification is active, and that if anybody is involved (in the gambling industry) they need to be taken out of office.

Q: So implementing what is mentioned in the gazette is at the discretion of the individual federation?

Q: Regarding the upcoming television rights deal, wouldn’t appointing an independent committee have been the best way to ensure transparency, instead of appointing people who were in office when the last deal was agreed?

Well then I would be interfering into (SLC affairs), because it’s SLC’s job to do. Therefore, we got SLC involved in it, (and appointed a committee that included) the president who was elected and the CEO for his technical expertise, but what I also said was if their names are among those accused in the forensic audit, we will have to move them out. When we spoke with the ICC, we said many parties that contested (the last SLC elections) and many outside parties who are interested in cricket, say (the last) television rights deal has been a mega deal, which has been highlighted in the forensic audit as well, as one of the areas of concern. I also learnt through different sources that out of the US$ 52 million dollars of the television rights money that only US$ 33 million has been paid and it was a four-year contract that was renewed for three years at a lesser rate. That was an issue I saw as Minister and I thought, since the older cases were not under my watch, if a deal is being made we need to ask the technical help from the ICC which they were more than happy to help with.

Q: What’s the status of the forensic audit?

We gave them (SLC) 14 days to reply (to the observations), and once they reply we send it back to the Auditor General. After he makes his final observation and prepares the final report, it will be presented in parliament. It will not take more than two weeks because they have already made their observations and just a matter of getting SLC’s response.

Q: What concerns were raised in the audit report?

There were a few concerns raised. The television rights and broadcast rights pertaining to both international and matches were two concerns raised, and also the contract of Chandika Hathurusinghe, the funds collected through the Cricket Aid initiative and the proposed cricket campus in Kandy.

Q: Has there been a decision taken regarding the future of Hathurusinghe as Head Coach? I believe the 14 days given to him to respond has passed.

I didn’t get involved in it. But the legal team (of SLC) had sent him a show cause, and he has replied with various things. I’m told we simply don’t have case of having to just pay him off, because he has clearly violated the agreement that we have had, though I am not sure on exactly what grounds.

Q: You say you didn’t get involved and previously you’ve spoken about political interference and not allowing that to harm sports – but isn’t giving the directive to remove Hathurusinghe as coach, or to suspend him from duties till he renegotiates his contract, also a form of political interference?

What I can do under Sports Law is to give directives. I have not asked to sack him, my only intention was for his contract to be made incentive based, like how it is for the players. Why are they paying US$ 40000 dollars, when his Return on Investment was 35%. Whereas Tom Moody wants US$ 25000 or Mickey Arthuer wants US$ 20000 dollars, you are play a coach US$ 40000 along with their allowances and it is absurd how it was drafted.

I absolutely don’t believe that it was political interference. If the Sports Minister can’t intervene within the particular laws of the country, then what’s the point of having the Minister? When I took over in January, the selectors were already appointed, the coach was already appointed but I didn’t go on a political witch-hunt making changes. I never asked them to sack Hathurusinghe. I only wanted to renegotiate the contract because we’ve come after a World Cup and if you look at Pakistan and Bangladesh, they sacked their coaches. India re-appointed Ravi Shastri but stopped everybody else’s contracts. That’s how a country moving forward will work.

Q: Shouldn’t those who agreed to this contract with Hathurusinghe also then be questioned?

It is clearly mentioned in the forensic audit about (concerns regarding) the contract drafting. If they find anyone responsible for it, they will certainly be banned immediately.

Q: Finally, there were serious allegations of match-fixing involving two clubs a few years ago, which has been investigated and yet no stern action being taken against certain officials despite recommendations to do so.

We have directed it to the ICC, and asked them to give us a directive on if this is also a case. I have sent them all the information that I have got (including the report from Palitha Kumarasinghe PC commissioned by former Sports Minister Dayasiri Jayasekera).