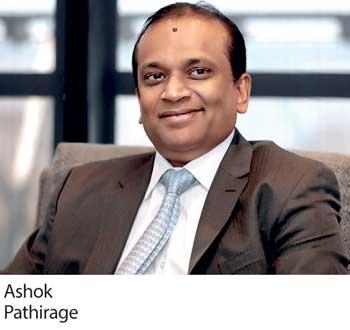 SHL, which has interests in retail, hospitals, leisure, IT, financial services and automobile sectors, recorded a modest 7 percent year-on-year (YoY) growth in revenue to Rs.17.1 billion as the group’s two core business verticals, retail and healthcare, recorded slower growth during the quarter under review.

SHL recorded a gross profit of Rs.6.3 billion in 1Q20, up 10 percent YoY but saw its operating profit for the period declining 8.5 percent YoY to Rs.1.7 billion amid higher distribution and administrative expenses, which the company attributed to the opening of its latest hospital in Kandy during the quarter under review.

The net finance cost of the group for the period spiked 51 percent YoY to Rs.1.4 billion, indicating its higher borrowings.

According to the group balance sheet, SHL had Rs.10.6 billion in interest bearing borrowings under current liabilities as at June 30, 2019, compared to Rs.7.8 billion 12 months ago.
As a result, SHL recorded a loss of 63 cents per share or Rs.752.6 million in net losses in 1Q20 compared to earnings of five cents per share of Rs.49.7 million reported for the same period last year.

He also said the group expects to open its outlets at One Galle Face by Shangri La by October/November. As the supermarket operations of the group under Glomark brand is gaining momentum, SHL hopes to set up five new flagship outlets at CR&FC in Colombo 07, Mount Lavinia, Negombo, Rajagiriya and Malabe. A Glomark Essential store is scheduled to be opened in Orion City this month.

The retail segment accounted for 49 percent of the group’s revenue during the quarter under review.

Meanwhile, the group’s healthcare segment under Asiri Hospitals saw 6 percent YoY increase in revenue during 1Q20 to Rs.3.4 billion. However the operating profit of the segment fell to Rs.620 million from Rs.766.1 million a year ago.

Pathirage said they are expecting strong financial contribution from their brand new hospital in Kandy.

The group’s financial services business, which houses an insurance company, a finance company and a stock broking firm, recorded a top line growth of 20 percent YoY to Rs.3.7 billion.
The segment’s operating profit stood at Rs.562.6 million, up from Rs.390.3 million a year ago.

As a result the group’s leisure segment’s revenue fell 7 percent YoY to Rs.462.7 million while the operating loss widened to Rs.206.7 million Rs.6.7 million a year ago.
The group’s automobile segment, which is considered a non-core business vertical of the group along with the leisure segment, reported a revenue of Rs.282 million for the quarter under review, slightly up from Rs.278 million a year ago.
The segment reported an operating profit of Rs.1.2 million against an operating loss of Rs.10.2 million.
SHL has already expressed intentions to expand its healthcare business to the Asian market and the insurance business to the African markets.
In spite of the current economic sluggishness In the domestic front, Pathirage said he sees positive market sentiments due to the upcoming presidential elections.
“The macroeconomic status will not pick up overnight due to the systemic risks that were endured as a result of the Easter attacks.

However, a change of economic vision and strong leadership will augur well for the business climate in the periods to come,” he said.

“We are also hopeful that the high interest rate regime will stabilize at a much lower interest rate than currently reflected,  thereby spurring economic activity and the consumption drive which is strongly needed at this point of time,” he added.