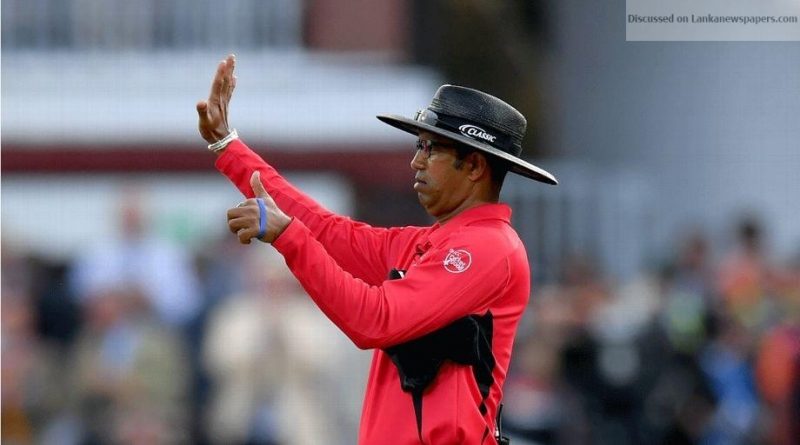 The ICC has thrown its weight behind umpire Kumar Dharmasena for the 1st time since the latter awarded eventual champions England 6 crucial overthrows in the fateful World Cup 2019 final against New Zealand on July 14 at Lord’s.
In an exclusive interview with ESPNcricinfo, ICC’s general manager of cricket Geoff Allardice defended Dharmasena’s decision by saying that the on-field umpires ‘followed the right process’ as the playing conditions didn’t allow him to refer the decision to the TV umpire.
“They (on-field umpires) had to make a judgment call on the day as to whether the batsmen had crossed when the throw was released. After everything that went on during that delivery, they got together over their comms system and made their decision. They certainly followed the right process when making the decision.
“They were aware of the law when they made the judgment about whether the batsmen had crossed or not at the time. The playing conditions don’t allow them to refer to such a decision to a third umpire. The match referee cannot intervene when the umpires on the field have to make a judgment call like that,” explained Allardice.
On the question of whether the World Cup trophy could have been shared between the finalists after the tie-breaker Super Over ended in a tie as well, Allardice gave the example of the last 2 editions saying that it has been a clear stand of the ICC to have a sole winner at the World Cup.
“The consistent view has been that the World Cup final needs a winner and a Super Over was in the playing conditions to decide a tied Final in each of the last three World Cups (2011, 2015 and 2019).”
However, Allardice conceded that the World Cup 2019 final would be “considered” by the ICC’s Cricket Committee, led by former India captain Anil Kumble.