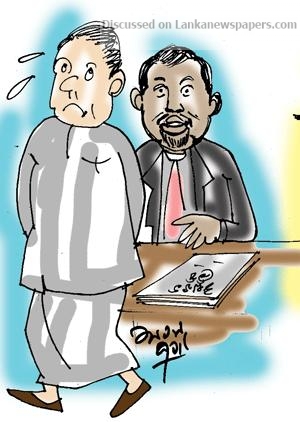 A local body member of Pohottuwa has complained to khaki authorities and the party hierarchy that he was forced to sign a letter resigning from the council membership by a group of politicos after confining him to a room.
After being released from forcible detention, the local politico had informed the local government authorities and the party leadership that the resignation letter sent to them was one he had to sign under duress and to treat as an invalid document.
The khaki authorities are reportedly inquiring into this complaint.