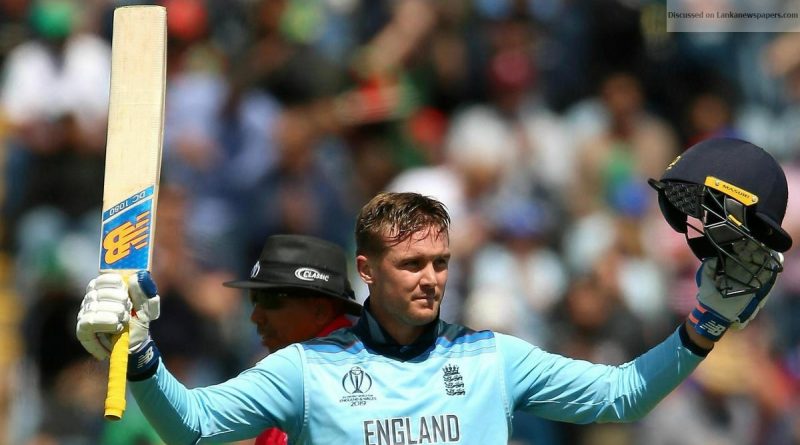 England have give Jason Roy his first Test call-up to face Ireland after the Surrey opener played a key role in his country’s historic World Cup triumph, but pace bowler Mark Wood will be sidelined for between four and six weeks.
Roy was a crucial part of England’s first World Cup-winning campaign, with his return after missing three matches with a torn hamstring coinciding with the winning streak that carried them to the title.
South Africa-born Roy scored 443 runs in the World Cup, but England’s selectors were keen to get him red-ball practice ahead of the Ashes series against old rivals Australia, which starts on August 1 at Edgbaston.
However, Durham’s Wood, who has a side strain, and Sussex paceman Jofra Archer, suffering from the same injury, were not selected for the Ireland clash.
Wood is expected to be out of action for four to six weeks following the injury he sustained in Sunday’s final, leaving him certain to miss the start of the five-Test Ashes.
Roy’s aggressive approach set the tone for England’s World Cup run, which culminated in Sunday’s thrilling final victory over New Zealand.
With England meeting Ireland at Lord’s in a Test match next week — scheduled for four days instead of the standard five — Roy will be handed the chance to underline his ability to thrive in the longer form of the sport as well as in limited overs.
It will be the 28-year-old’s first first-class match since last November when he batted at number three for the England Lions against Pakistan A in Abu Dhabi, making 59 off 73 balls.
England chairman of selectors Ed Smith confirmed Roy would make his debut against Ireland, telling Sky Sports: “We have total confidence he will be able to adapt to red ball cricket.” On James Anderson’s chances of being involved against Ireland as he returns from a calf tear, Smith added: “It’s not clear. He’s making good progress and, if he’s fit to play without risk against Ireland, that’s a possibility.” After Eoin Morgan captained England’s World Cup team, it is Joe Root who resumed his role as Test skipper against Ireland.
Root’s squad includes Somerset bowling all-rounder Lewis Gregory, who earned his first call-up after impressing for Somerset and the England Lions.
The 27-year-old has been in fine form this campaign taking 44 wickets at an average of 13.88.
He is currently captaining the England Lions against Australia XI in a tour match at Canterbury.
Warwickshire seamer Olly Stone, who made his England’s one-day international debut last winter in Sri Lanka, earns his second call up to the Test squad.
Stone, 25, has fully recovered from a back injury, which had kept him out for most of this season.
Lancashire wicketkeeper-batsman Jos Buttler and Durham all-rounder Ben Stokes — man of the match in the World Cup final — were both rested after their exploits in the 50-over tournament.
Archer, who has yet to make his England debut in Test cricket, will have a period of rest before being considered for selection for the Ashes.
He will have a short break in Barbados before returning to the UK later this month.
After playing a pivotal role in the World Cup triumph, Archer has been awarded an increment contract by the ECB for the next 12 months.
Meanwhile, a squad of 16 players will attend a pre-Ashes training camp this weekend at St George’s Park, the Football Association’s national football centre in Burton.
That group includes World Cup winners Roy, Root, Buttler, Stokes, Wood, Chris Woakes, Jonny Bairstow and Moeen Ali.
England squad to face Ireland in Test match at Lord’s, starting on July 24: