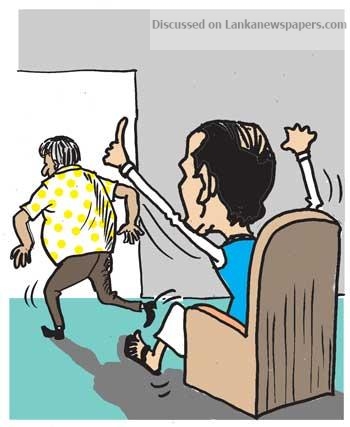 Engaged in a cozy chat with the bigwig of the palace was a sibling of the big man, a big name in the country’s business community.
This businessman despite his blood ties with the palace bigwig maintains close ties with the high-ups in the opposition. In fact, he is said to be in constant touch with the military sibling of the royal family.
The businessman, one keeping his ear to the ground is quite alive to the political realities in the country. So, he decided to share his wisdom with the bigwig-sibling. He said: “Let us at least now make peace with the other group to embark on a journey together…I am prepared to play the mediator role!”
However, the bigwig disdained the suggestion made by the businessman-sibling. He replied: “You need not worry your head about what I should do and shouldn’t do! I have already planned out everything to the last detail! I don’t care what others say… I know for sure that I am going to occupy the high seat for the next five years as well!”
The businessman-sibling left the palace sadder but wiser, they say.