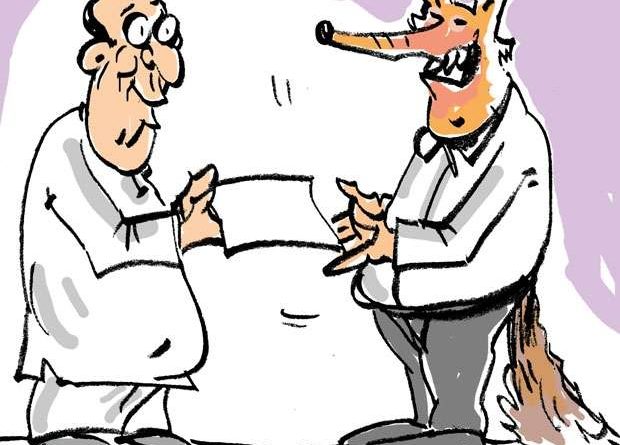 An accused in a floating armory corruption case which created a big sensation in the country has now been appointed as a private secretary to a very high political authority, they say.
This person who is among several others accused of causing a massive financial loss to the government had been once a first citizen in a township.
The political authority who has offered the appointment to the accused continues to go around the country vowing to mete out the maximum punishment to the corrupt elements in the country.