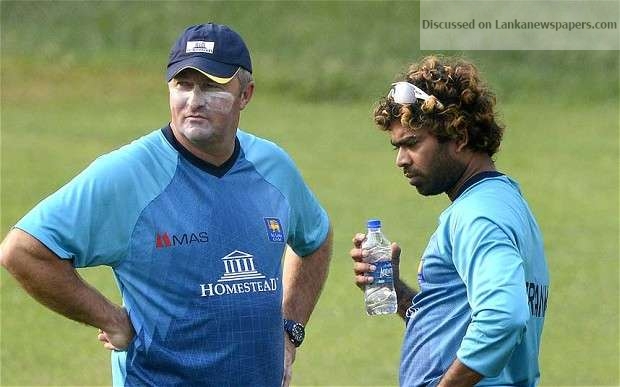 During the World Cup in England and Wales, the Sunday Times caught up with Paul Farbrace who worked two stints with Sri Lanka Cricket (SLC). He was first understudy to Trevor Bayliss, then Sri Lanka’s head coach, for two years from 2007 to 2009. He then took over the position in 2014.
Soon after Sri Lanka won the Asia Cup and the T20 World Cup, Farbarce ended his association with SLC and left for England. The opportunity to train his own country and a better financial package was at the heart of his decision to quit the Sri Lankan job/ But an element of instability in his role with SLC made it easy.
In this interview, Farbrace also discusses England’s rapid rise in limited-over cricket and why Sri Lankan cricket has struggled to be among the top teams during the past few years.
Q You are one of the architects of England’s rapid rise in limited-over cricket during the last four years. But just months before a home World Cup and the Ashes series you stepped down and moved to Warwickshire. Why?
It was always a plan to move on at some stage. Ideally, I’d have stayed until the end of the World Cup and the Ashes. But in international cricket, there’s always something around the corner. There’s always a series that makes you want to stay for longer. This was just a good opportunity for me to do something slightly different. And you know Warwickshire is a good club and it was a different role. So I was keen to move into it.
Q But you have chosen domestic cricket over international?

I’ve been very lucky that I had two fantastic times in Sri Lanka. I’ve had a period with England, my own country, and I thoroughly enjoyed it. So, I have no regrets at all. I was really lucky that I was able to go out when I wanted to, on my own terms. I wasn’t sacked, which happens.
Q England Head Coach Trevor Bayliss is set to leave the job at the end of this year’s Ashes and you were a likely replacement, having understudied him for four years. Isn’t your decision hasty?
I don’t think so. There’s always an element of needing a new voice, a fresh voice, to come into the team. Trevor and I have been together now for four years. He is ready to move on at the end of the Ashes. He’s done a brilliant job for England, as he did for Sri Lanka. He got Sri Lanka to a World Cup final in 2011 in India. These last few years have been excellent, as I say, and I’ve thoroughly enjoyed them. I want Trevor to go out on a real high because he deserves it.
Q How did this partnership between Trevor and you happen?
We both think about the game in a similar way but we’re different people. I may be the noisy one and he is quiet. I’d like to think we complemented one another well. He is calm even when the team is not playing so well. He is good under pressure and we enjoy one another’s company.
We thought about the game a lot. We talked about the game a lot and we spent an awful lot of time around the world in coffee shops and hotels over a cup of coffee talking about the game of cricket. We both realized that we were fortunate to be in the position with Sri Lanka, to start with, and then with England. I’ve learned a lot from Trevor Bayliss and, without him, I wouldn’t have had the opportunities I’ve had in world cricket. I will always be grateful to him for taking me to Sri Lanka.

Q How did the transformation of the English team happen after 2015?
We had no choice but to change the way we played. I think the selectors were brave in that they made some big decisions. They left out some big players who played a lot of cricket for England and successfully. But the team needed a change after that last World Cup and (Eoin) Morgan was reappointed as captain. Andrew Strauss came in as director of cricket and the first thing he did was to reappoint Morgan as captain, which was definitely the right decision.
He’s been, I think, the single biggest factor because of the positive way he has led the side. He’s positive in the way that he plays and, if the captain plays, the way that he talks, the players get confidence. Morgan, Trevor and Andrew Strauss take a lot of credit because Andrew had the vision and Morgan had the skill to take the team on. Within the England team, there are a lot of match winners who are quite capable of winning games. That gives the team a great chance of being successful in all conditions.
Q Sri Lanka had so many match winners in the past but you don’t find them in the team now. Where did we go wrong?
It’s always difficult. When you look at the fantastic players Sri Lanka had for a period and when they suddenly leave the game, it takes time to replace them. If there was any criticism, it will be on the selectors. They have been changed too often and, then, the players changed too often. They did not give the players the confidence they needed to establish their positions. An example is Lahiru Thirimanna, a great player who should have been in the team. But he was in the team, out of the team, in the team, out of the team. I think you need to give players far more confidence by backing them. If you give them that, you give them a much better chance of doing well.
Q Is that the only reason. Don’t you think Sri Lanka’s domestic structure needs a complete overhaul?
When I first went in 2007, there were 10 teams playing in the Premier Division. Then it went to 20 teams. You can have 20 teams but then, in the middle, there needs to be provincial cricket to bridge the gap between club cricket and international cricket.
Unfortunately, when there are too many teams, the gap is too big between first class cricket and international cricket. In England, we’ve now got 10 First Division teams. Australia has six. When you have a few teams that let you play together and against one another more often, it allows the best players to make an easier bridge into international cricket. So, either you have provincial cricket, or you only have 10 first class teams. Or you have 10 teams in the top division where the best players play against the best all the time.
But, at the same time, sticking with same group of selectors and same group of players is essential. Also, persist with the same captain for a longer period. So don’t drop a player when he goes out of form. Allow players to go out of form and come back into form. Stick with people for as long as you possibly can. The players thrive on confidence. And if every time you have one bad game, you get dropped, and then you have one good game you’re in and again gets dropped after a bad game is not good. Players don’t thrive on that. Sri Lankan players thrive on being loved, on being wanted and having confidence. If you give players confidence, they perform so much better. And that’s definitely the case with Sri Lanka. 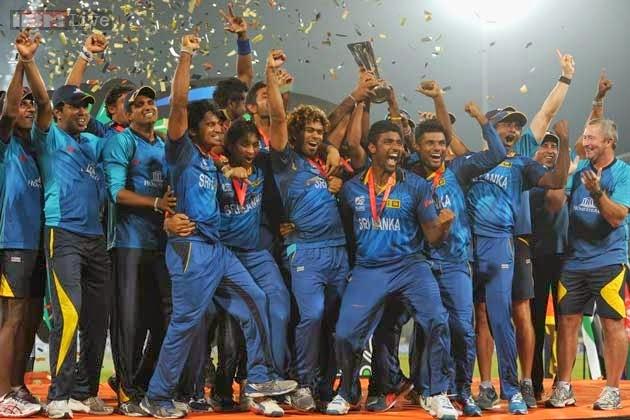 Q There’s lot of resentment back at home from the fans given team’s current performance. What’s your message to them?
The players are trying hard. You need to basically back the players, back the coaches and stick with them for longer periods and really allow them to play their best cricket. If they do that I think you’ll see a lot more success. The players know how much it means to everybody in Sri Lanka and they’re desperate to play well for their team, for their country. And we’ve seen that. We just need to see a bit more consistently. If we see more consistently then I think the supporters at home will get by.