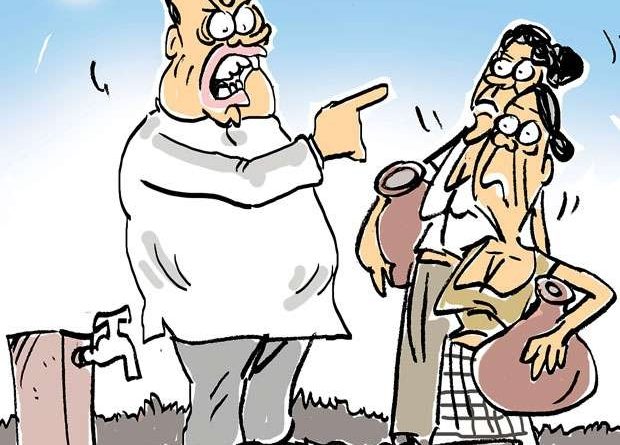 A manager of a certain zone in the Mahaweli development area in the Badulla district had suspended the pipe-borne water supply to several chronic kidney disease-affected families in the zone saying that they are not permanent residents there.

This manager, a son-in-law of a leading politico had decided to deny these families the safe water supply due to the presumption that they are not loyal to him, a resident said.
The laying of a pipeline for the supply of water to one of the victimized families had been stopped by this manager while the work was underway.
The senior Mahaweli officials in the area have so far turned a deaf ear to the complaints being made by the affected residents as these officials fear to take any action against the manager because of the political clout he wields, they say.