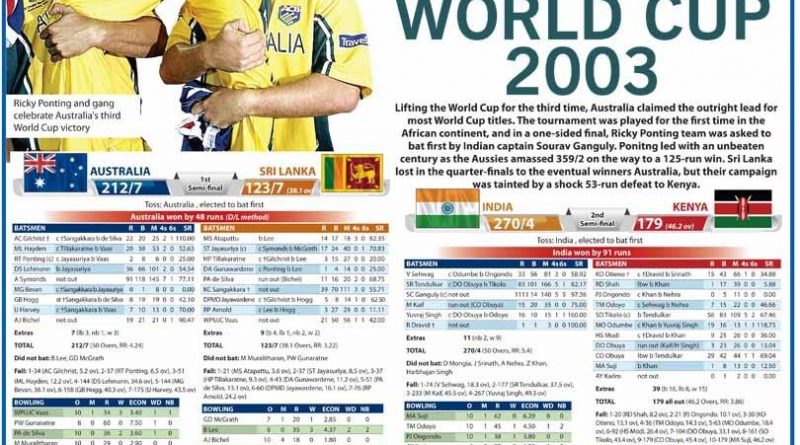 Lifting the World Cup for the third time, Australia claimed the outright lead for most World Cup titles. The tournament was played for the first time in the African continent, and in a one-sided final, Ricky Ponting team was asked to bat first by Indian captain Sourav Ganguly. Ponitng led with an unbeaten century as the Aussies amassed 359/2 on the way to a 125-run win. Sri Lanka lost in the quarter-finals to the eventual winners Australia, but their campaign was tainted by a shock 53-run defeat to Kenya.