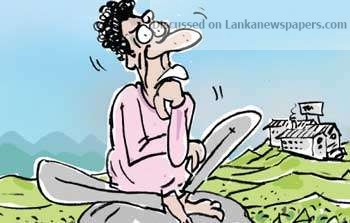 One political party leader allied to the Green party-led front was conspicuous by his absence at the recent massive opposition protest in Kandy, they say.
This politico leading a minor party with five or six Diyawanna members had the other day held a lengthy discussion with the party front-liners on their political future.  He is also said to be holding hush-hush talks with the big guns of both
rival camps. “He is a person who seems to believe that his political career is meaningless without a high office carrying authority and power. The steps he is likely to take shortly could mean either making a government or breaking a government,” a political source claimed.