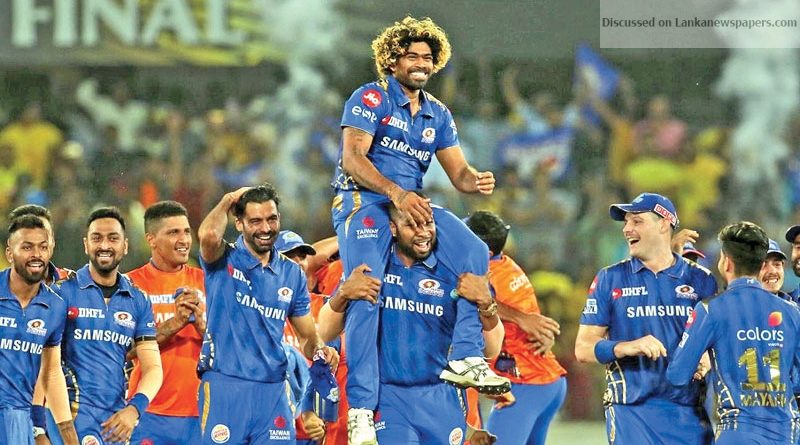 HYDERABAD, Sunday – Mumbai Indians (MI) skipper Rohit Sharma called Sri Lanka veteran Lasith Malinga “champion bowler” after his side’s record 4th Indian Premier League victory.
Mumbai Indians became the most successful IPL franchise on Sunday when they defeated defending champions Chennai Super Kings (CSK) by one run in IPL 2019 final at Rajiv Gandhi International Cricket Stadium in Hyderabad.
The hero for Mumbai Indians was 35-year-old Malinga who bowled the final over and didn’t allow CSK batsmen to score nine runs. Prior to bowling the final over, Malinga had conceded 19 runs in the 18th over of CSK innings and after that not many would have given him a chance to save nine runs in the last over.
But the India vice-captain handed Malinga the ball and he didn’t disappoint his skipper. Speaking at the post match presentation, MI skipper said, “Malinga is a champion, he has been doing it for many years for us.”
When asked whether he had thought of giving the final over to some other bowler, Rohit accepted that he did think of giving the final over to Hardik Pandya but later persisted with the Sri Lanka veteran because of his experience of bowling in such situations in the past.