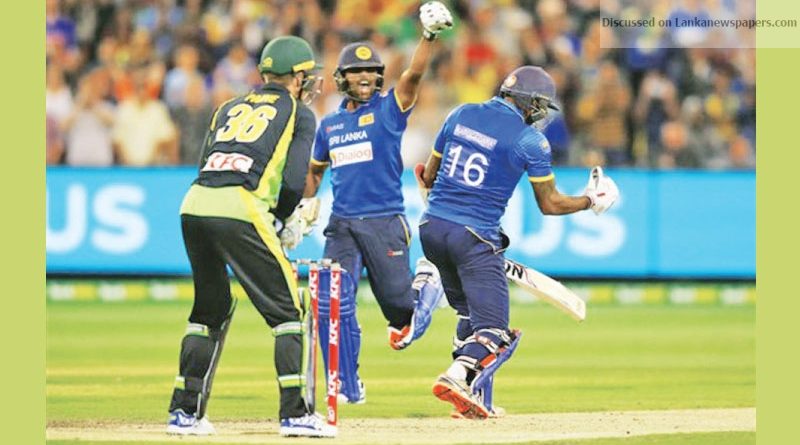 Sports
May 8, 2019 Lankanewspapers 0 Comments
Sri Lanka and Australia will be involved in a three-match T20I series in Australia in October. (File photo)
Sydney, Tuesday: Australia will play back-to-back pink-ball Tests against Pakistan and New Zealand in a marathon international cricket season spanning almost five months and wrapping up next March, the latest finish since the 1970s. Brisbane’s Gabba hosts the first of two Tests against Pakistan from November 21, followed by a day-nighter at Adelaide Oval, the schedule released Tuesday showed.
Australia then face New Zealand at Perth Stadium for the second day-night match before the Boxing Day Test at Melbourne and finally Sydney. With only five Tests, Canberra and Hobart miss out.
The games will be the first on Australian soil that count towards the inaugural ICC Test Championship, where points are awarded to the nine countries taking part.
Ordinarily, one-day internationals are played at home in January, but Australia will instead be in India to fulfil an obligation under the Future Tours Program.
Cricket Australia wanted to find an alternative date for the series, but India reportedly refused to budge, meaning three one-dayers against New Zealand will instead start in March, extending the season to its latest finish in 41 years.
The last time the season ended so late was in 1979 when Australia hosted Pakistan for a Test in Perth.
“Scheduling international cricket is challenging in that nine of the 10 major cricketing countries have seasons similar to ours,” said Cricket Australia’s head of operations Peter Roach.
“So working with them to find space in the calendar to fulfil our obligations to the ICC Future Tours Program is a juggling act.
“Cricket Australia took the position that while January was our preference for these ODI matches, there are times we need to honour our commitments to work in the greater context of international cricket scheduling.”
The southern-hemisphere summer action opens on October 27 with the first of three Twenty20s against Sri Lanka before three more T20s against Pakistan.
Australia’s women host Sri Lanka in a T20 and one-day series, before a tri-series against England and India ahead of the T20 World Cup on home territory in February.