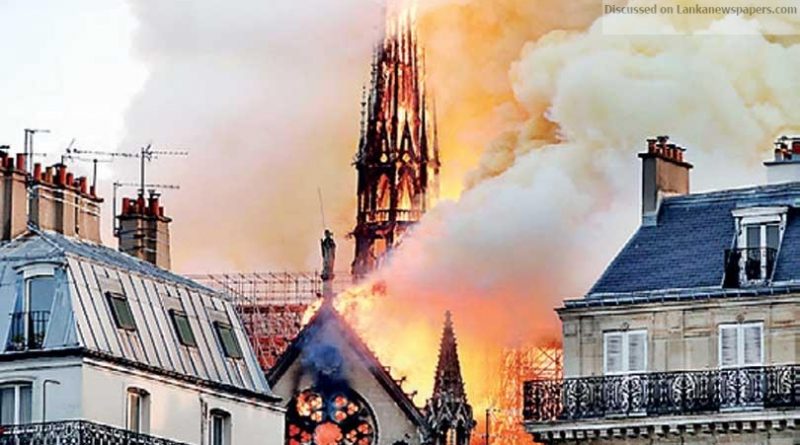 (Paris) REUTERS: France is in a hurry to rebuild world famous Notre-Dame Cathedral and Romain Legoube, an 18-year-old apprentice carpenter, hopes to be among those chosen for the prestigious task of restoring its centuries-old roof.
“It would be an achievement to be able to say that we participated in the creation of Notre-Dame,” Legoube told Reuters.
Legoube is one of around 10,000 students trained every year by Les Compagnons du Devoir, a guild association created over 70 years ago, with a nod to medieval traditions, to train people in different crafts.
Although saddened by the April 15 fire that destroyed the oak beam roof, Legoube hopes one day to walk on the vaults of the site and rebuild the frame of the roof, as previous builders of cathedrals did before him.
But first, he must obtain his certification and travel around workplaces in France and abroad to become a skilled craftsman.
Jean-Claude Bellanger, who heads up the Compagnons du Devoir association, alerted the French government in the wake of the fire that there was a lack of manpower in the building trade, which could slow down Notre-Dame’s reconstruction.
Bellanger said the organisation’s partner companies are facing a shortage of about 100 stonecutters, 100 masons, 150 carpenters and 200 roofers.
The government has yet to respond to Bellanger’s comments but President Emmanuel Macron has committed to rebuilding the cathedral, whose famed spire was destroyed in the fire, within five years.