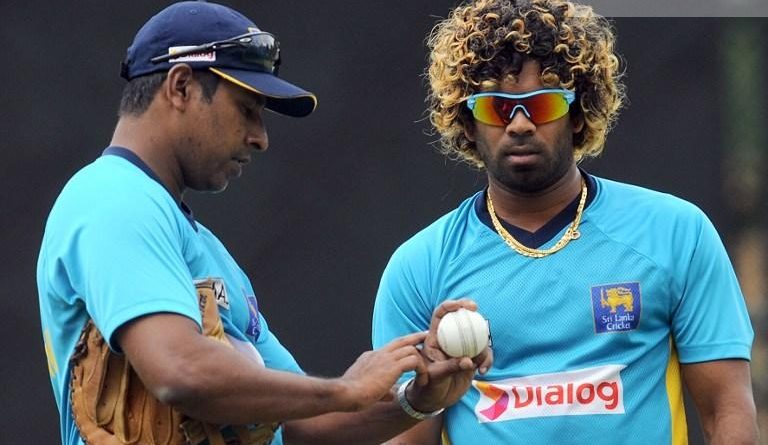 Chaminda Vaas, the former Sri Lanka paceman, believes Lasith Malinga’s form and his leadership qualities will play the decisive role for Sri Lanka at the ICC Men’s Cricket World Cup 2019.
Sri Lanka announced their 15-man World Cup squad for the tournament last week, which included plenty of surprise omissions and comebacks. However, Vaas, who was in Mumbai to inaugurate a local T20 tournament on Tuesday, 23 April, thought the selectors had done a good job.
“For the last few months, Sri Lanka hasn’t done so well. But if you analyse the combination of the team which we picked for the World Cup, I’m pretty sure that the selectors have done the right thing,” he said. “We have to take it from there, and it’s up to the players to get themselves in and play well for the country.”
Vaas, who had a stint as Sri Lanka’s bowling coach in 2017, said a lot depended on Malinga, and hailed him as one of the world’s best players. “There is no doubt that Malinga is one of the best in the world, and the best in Sri Lanka,” he said. “We depend on him as a bowler, and he showed his leadership qualities.
“He has given 100 per cent for the team. We have seen him playing in Mumbai [in IPL] on one day and playing in Sri Lanka [in a domestic tournament] the next day. It shows the commitment he has, and the commitment he has to the team and the country. He will be the key for Sri Lanka cricket in the upcoming World Cup.”
Dimuth Karunaratne, who last played an ODI in 2015, will lead Sri Lanka at the World Cup – he will be one of many captains that Sri Lanka have tried in the last couple of years.
Vaas, who took 355 Test wickets and 400 in ODIs, admitted captaincy had been a problem for Sri Lanka, but hoped for the best from Karunaratne. “The selectors and Sri Lanka Cricket have put their trust in Dimuth, and given him an opportunity to captain the side,” said Vaas. “I’m pretty sure the team will unite and will do well in the upcoming World Cup.”
Sri Lanka begin their World Cup campaign on 1 June in Cardiff against New Zealand.