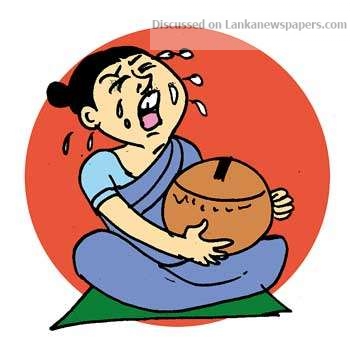 There is a wife of a former purohita who has got more upset over the latter’s five-member private staff losing their monthly pay than her husband losing his portfolio.
The reason for her dismay is that she had been helping herself to the lion share of the private staffers’ monthly pay leaving only a pittance to be distributed among them, and now she could no longer carry on this ‘game’.
She had made a practice of paying less than half the pay to these poor staffers, who had to take this injustice lying down for they had to retain their job at any cost, they say.
Nowadays this woman is reportedly pressing her husband to switch his political party to secure a portfolio in the new regime.