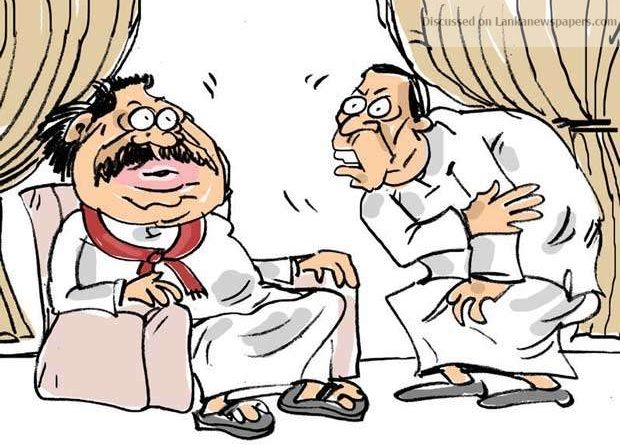 A JO Diyawanna politico who got a portfolio at State level had called on the Number Two of the new regime to air a grievance.
He complained to the Number Two that his own colleagues were blaming him for accepting a State level office when there were more deserving cases in their group.
“Ane Sir, after all, it is our own people who are blackguarding me…Ane Sir, please offer some positions to those faulting me also to save me from my plight!”
he had begged of Number Two.
The politico is said to be going around telling all and sundry about the mental suffering he is undergoing these days, they say.