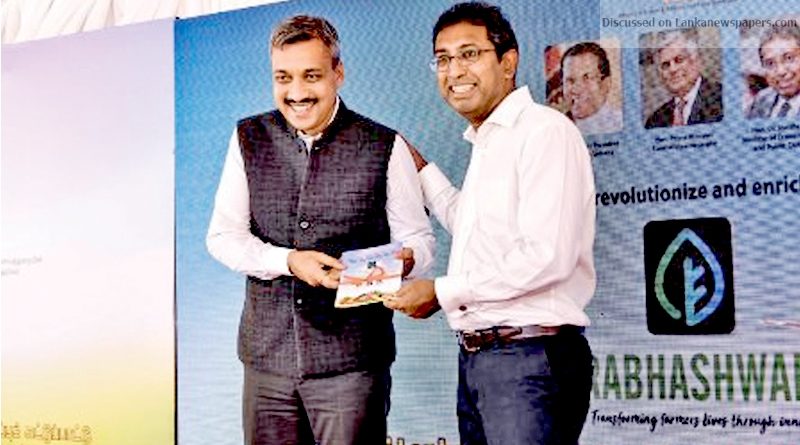 In a bid to minimize the post harvest loss and have better storage facilities for agro based products, ground was broken to construct a 5,000 ton temperature and humidity controlled warehouse in Dambulla Dedicated Economic Center which has the largest Agri Collection Centre in Sri Lanka.
Minister for Economic Reforms and Public Distribution Dr Harsha de Silva, said that this new initiative would help reduce food wastage during excess harvest periods.
The 6-district-wide rice cooperative which was created via the Minister’s public distribution unit with a Rs one billion infusion in a bid to resuscitate SME rice millers, also started selling the ‘Shakthi Samba,’ brand which would offer the farmer a better price.
During the harvesting season, most of the agri products gets a low price due to the oversupply. However, with a temperature and humidity controlled warehouse which is now been built in Dambulla, it would help store Agri products for some time and release it to the market during off seasons. In Sri Lanka, it is estimated that around 40% of the harvest is lost due to lack of vegetable and fruit storing facilities.
“This would transform farmer lives as they would get a better price for their products.”
Understanding the demand for such ventures, the government during the last Budget provides tax concessions for investors in temperature controlled storage facilities, to woo more investments in this area.
India is successfully implementing these types of projects throughout India and as a good will gesture, Prime Minster Narendra Modi has granted Rs 300 million to kick start this project in Dambulla, which is dubbed as the ‘market that never sleeps” due farmers bring their products to sell from all over the country. Even several banks are opened 24 hours per day to felicitate these transitions.