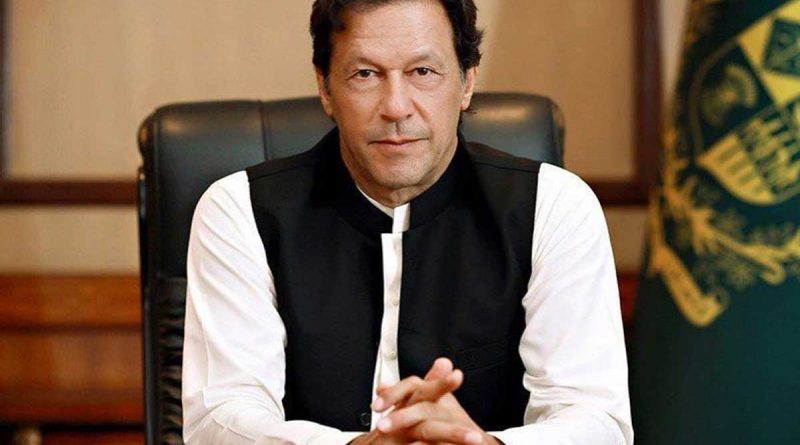 akistan Prime Minister Imran Khan, responding to calls by his supporters on social media and in his government to award him a Nobel Peace Prize for “de-escalating tensions” with India, tweeted on Monday: “I am not worthy of the Nobel Peace Prize.”

Imran Khan used the tweet to make a point on Kashmir.

“The person worthy of this would be the one who solves the Kashmir dispute according to the wishes of the Kashmiri people and paves the way for peace and human development in the subcontinent,” he tweeted.

Imran Khan’s minister Fawad Chaudry had submitted a resolution in Pakistan’s National Assembly that he deserved a Nobel Peace Prize for his role in reducing tensions between Islamabad and New Delhi. The Pakistani Prime Minister “played a sagacious role in reducing tension between Pakistan and India which was created due to warmongering attitude of the Indian leadership,” said the resolution.

Hostilities peaked between the neighbours last week after India’s air strikes on February 26 targeting a training complex of the terror group Jaish-e-Mohammed, which was responsible for the Pulwama terror attack in which over 40 soldiers were killed.

A day later, Pakistan sent 24 fighter planes across the Line of Control to target Indian military installations. In the air combat, an Indian fighter pilot, Wing Commander Abhinandan Varthaman, was captured by Pakistan as he landed on the other side of the Line of Control after his plane was shot down.

Facing pressure from various world leaders including US President Donald Trump, Imran Khan announced in the National Assembly that the pilot would be released, which helped lower the temperature and signaled a pull-back from the brink. (NDTV) 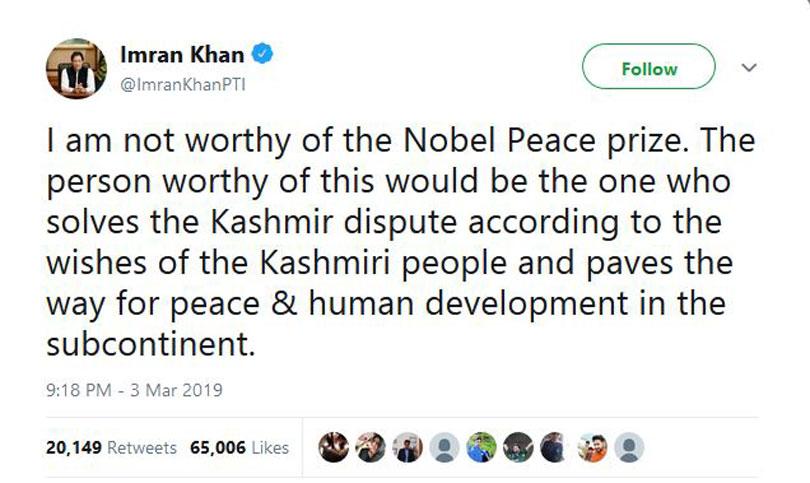