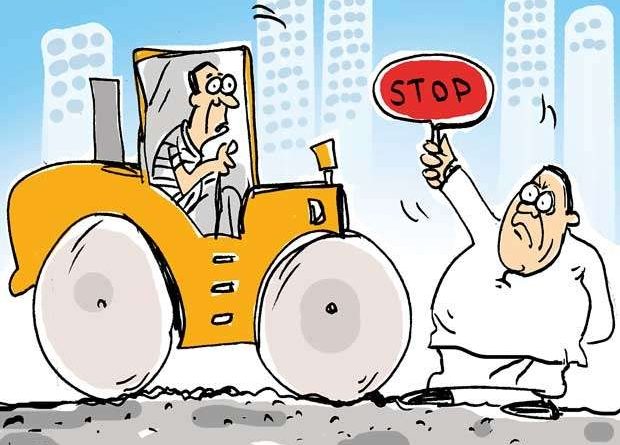 The development work on a proposed five-kilometre four-lane- stretch of a road in the main city being represented by a leading politico, taken on hand three years ago is yet to be completed.

This project to develop the road stretch was undertaken under a crash development programme launched under the theme, ‘Let us wake up to develop our city’ and though a hefty amount running into several billions of rupees has already been spent on this it is yet far behind its schedule, they say.
Meanwhile, the authorities have failed so far to pay compensation to about 1,400 residents, whose lands and other properties were acquired for the widening of the road.
Appeals made by the residents to the authorities concerned to expedite the compensation payments have fallen on deaf ears, they say.