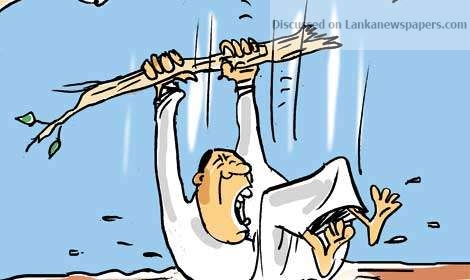 A Diyawanna politico, who had been playing a double game by keeping one foot in yahapalanaya and other in the Opposition has now been reduced to a nonentity due to being disowned by both sides, they say.
The politico has already been ousted from the electorate organizer post by the political party in power and the chances of his getting an organizer position from the new party which he had been half-heartedly wooing are said to be remote.
Meanwhile, local activists of the new party have already raised strong objections to offer any responsible position in the party to this politico.
The man is not getting even an invitation to any public function either these days. While being cold-shouldered by his onetime leaders and colleagues, his supporters who used to hang around him for years are also said to be deserting him one by one.
Given this sudden change of fortune for the worse, the man, reportedly, remains confined to home these days contemplating his political future.