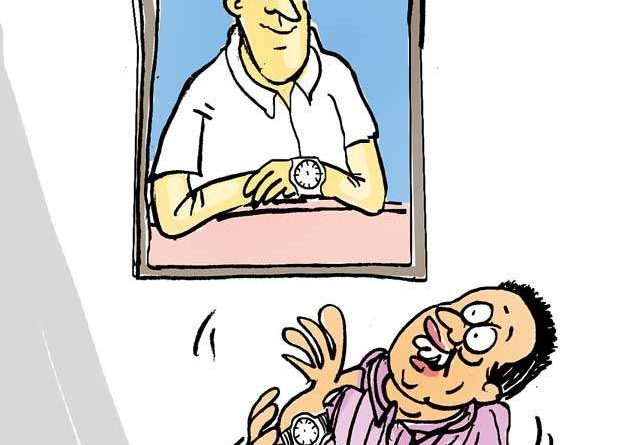 A nephew of a high political authority has reportedly bought an expensive wristwatch for Rs. 8 million.

This person had bought the costly wristwatch during a visit to the Land of the Rising Sun, they say.
He had developed the craze to wear the wristwatch of the highly expensive model after hearing that a leading politico in a country in the West was sporting a similar wristwatch.
The owner of the multimillion wristwatch is said to be a wealthy businessman, who had made his start with a humble tea boutique.