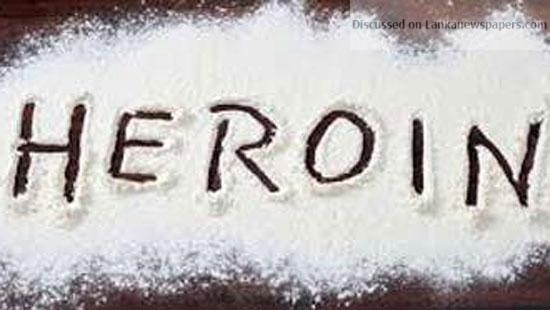 A mammoth heroin haul weighing 294.4 kilogrammes valued at more than Rs. 3,533 million, the largest heroin detection ever made in Sri Lanka, was seized by the Police Narcotic Bureau (PNB) and the Special Task Force (STF) officials this morning.

Police believed that the suspects, residents of Keselwatta in Panadura were planning to move the stock of heroin to a safe location.

Investigating officers suspect that the heroin haul was smuggled into the country via sea route.

The suspects would be detained for further questioning after being produced in the Fort Magistrate’s Court today.

The second largest heroin haul of 261 kgs was recovered in Orugodawatta in 2017 by the Customs and PNB officials.

In December last year, the PNB also recovered a stock of heroin weighing 231.5 kilogrammes valued at more than Rs. 2,778 million in the seas off Beruwala.